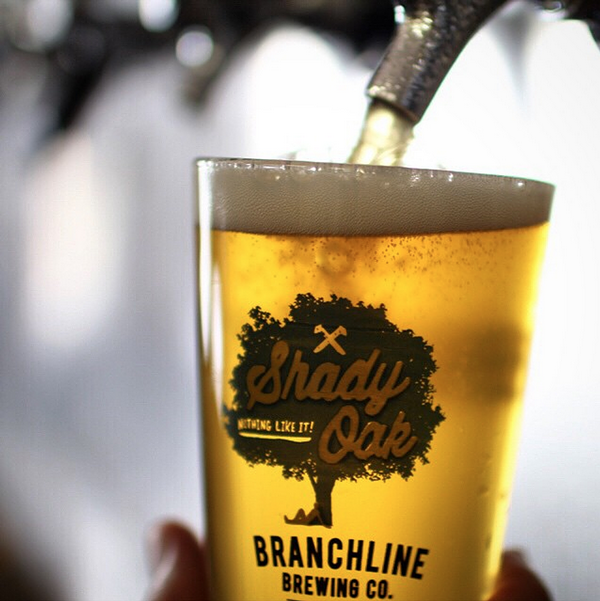 2013 proved to be a landmark year for Texas breweries marking the first significant changes to the state’s beer laws since 1993 when brewpubs became legal. While production breweries, like San Antonio's Branchline Brewing Co, gained the luxury of selling their brew onsite, under state law, visitors still couldn't buy beer at the brewery and then take it home.

This week, Branchline Brewing announced that it had become the latest Texas production brewery to change to a brewpub license. This now common loophole in the State’s beer laws will allow Branchline to have onsite sales and "to-go sales" — that is, Branchline will now be able to sell their wares at the brewery as usual, and consumers can now take that beer home.

Branchline Brewing Co was founded in 2012 by Corpus Christi native Jason Ard, with brewing operations headed up by head brewer Paul Ford. They just celebrated their third official year this past January. The brewery has its core linup: Evil Owl Amber, a malty American Amber Ale; Woodcutter Rye IPA, a hoppy, spiced IPA; and Shady Oak Blonde, a light and crisp Blonde Ale. But Branchline often treats its fans with small batch one-off beers, such as its Third Anniversary Cherry Tripel, at its open houses and regular tap room hours.

And with the change in licensing, comes a change in Branchline's tap room hours. To commemorate this change, Branchline will be celebrating their new tap room with a grand opening on August 20th from 2-9 p.m. with special cask releases, as well as other small batch offerings. A special tap room exclusive bottle release will also make its debut on August 20th. According to a statement from the brewery, “The beer, kept secret until the week before the launch, will be available to take home in 16.9 oz specialty bottles, crowlers, and growlers. It is a new beer for Branchline, and is an addition to the River City Series of sour, specialty, and barrel aged beers.”

"We're really excited about this change," Ford said. “It's a giant step for us and our fans”.

For those eager to take advantage of the change, you need not wait until the 20th and can head down to the brewery to purchase cans, bottles, growlers, and crowlers (large cans) to go, as well as still grabbing a seat and enjoying a pint or two in the tap room on Fridays from 4-9pm and Saturdays from 2-8pm.