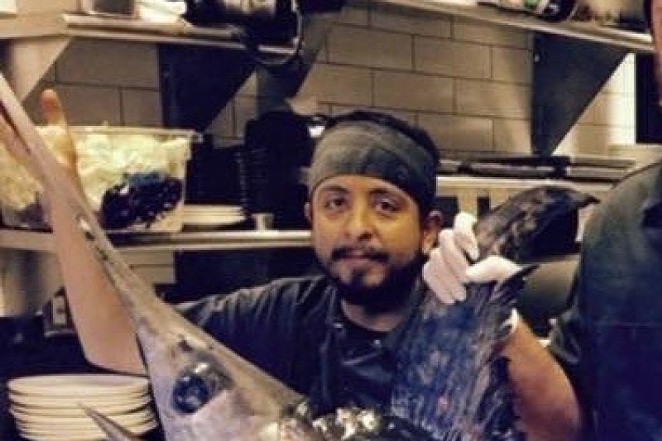 The service industry is mourning the loss of one of their own this week with the passing of Ruben Escamilla, a line cook at Southerleigh Fine Food & Brewery.

The young cook helped open Tailgate Bistro food truck and later joined the opening staff of Southerleigh Fine Food & Brewery when they opened in April of last year. He passed away on Monday morning after struggling with drug use for some time, according to several sources.

Chef Jeff Balfour, who has known Escamilla for five years, has launched a gofundme crowdfunding campaign to help the cook's family pay for his medical expenses and funeral services. The chef shared the following note on his Facebook page.

"I have never known a friend that was more enthusiastic than you Ruben. You had the heart of 20 guys. You wanted to be in the kitchen more than anyone I ever have known. You never ever gave up and had more pride than anyone. You inspired me to do better, to want more and to give more. There are not enough words, there just aren't. Rest In Peace. I'll always love and admire you."


Over the phone with the Current, Balfour stressed how passionate Escamilla was about being in the kitchen. The cook often manned Southerleigh's chef's table.

"He was so enthusiastic. That little fool would come in and say, 'I got five cookbooks for my birthday, and two new knives! Did you watch this YouTube video?' and I'd be like no I don't want to talk about the kitchen when I go home," Balfour said.