Taft HS Teacher Is One of the Worst Bakers in America 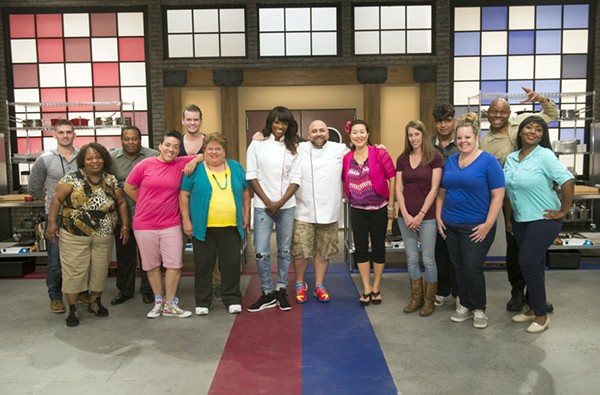 San Antonio resident Judy Welch admits she isn’t a very good cook. But that doesn’t mean a little heat is going to keep her out of the kitchen.

On Sunday, October 2, Welch and 11 other hopeless cooks will roll up their sleeves and put on their oven mitts as contestants on the new Food Network series Worst Bakers in America. Led by celebrity chefs Duff Goldman and Lorraine Pascale, the dismal dozen will compete in baking challenges for a grand prize of $25,000.

Welch, who has been a choir director for over 30 years, 14 of them at Taft High School where she currently teaches, describes herself as a “food addict” and serious Food Network fan, but never felt her place was in the kitchen. She likes to tell a story about when her daughter had her tonsils taken out years ago and she tried to make her Jell-O, but ended up burning it. 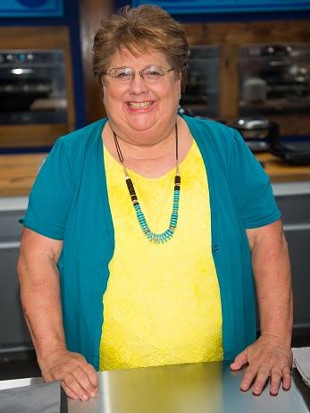 “I had the water boiling, but my daughter called me crying, so I just put the Jell-O directly in the water and went to take care of her,” she explain. “The fire alarm went off and the Jell-O turned into a rubber tire and there was an awful smell.”

Another time, Welch burned biscuits, which her son turned into hockey pucks.

“They were these black charcoal things, so my son took them outside and threw them against the wall, but they didn’t break,” she said. “We lived in Minnesota at the time, so he got his hockey stick and started to play street hockey with them.”

On Worst Bakers in America, which Welch taped this past summer, her first challenge was to make a cupcake for her new grandchild who will be born this December.

“The cupcake had to have two different colors and I had to use fondant,” she said. “I didn’t even know what fondant was!”

Despite her lack of skill in the kitchen, however, Welch said she learned a lot, had fun, and even got a chance to sing on the show and write a song, which is reminiscent of Frank Sinatra's My Way.

“They really wanted me to learn,” she said. “I tried really hard and I laughed a lot. I can definitely make buttercream frosting now. Edible Christmas cookies could happen.”