Feast Owners Will Open Battalion Inside Fire Station No. 7 This Year 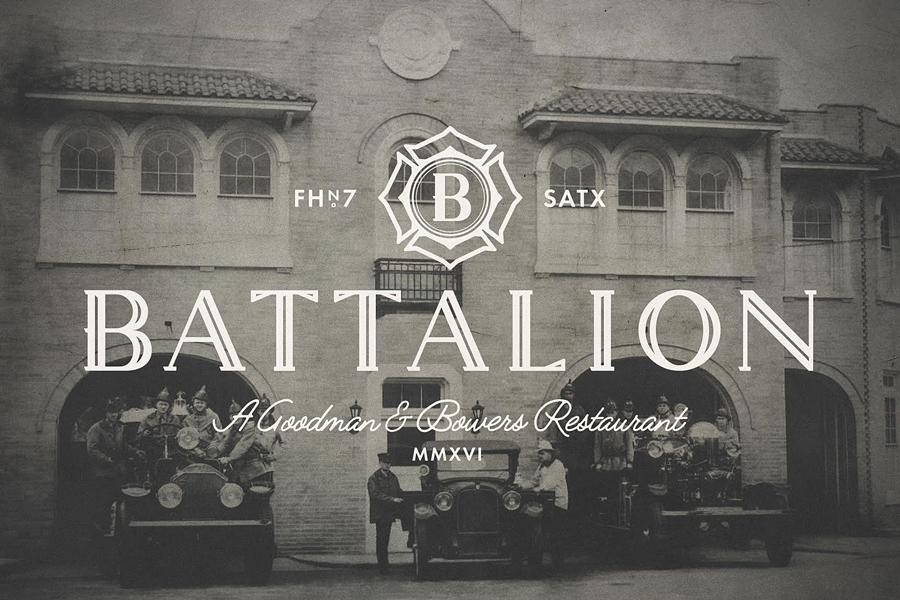 Announced via press release this afternoon, Bowers (Feast, Rebelle) shared both concept ("The cuisine will be a combination of Old and New World Classics along with numerous contemporary Italian interpretations") and moniker for the restaurant that will go into Fire Station No. 7. Get ready to spend New Year's Eve at Battalion, Southtown.

Bowers will take techniques learned while staging for a year under two sisters from Positano, Italy in San Diego, to create shared plates and interpretations of classics. Expect to see veal saltimbocca, Tuscan-inspired T-bone steak, chicken and eggplant parmesan, rigatoni alla vodka, fresh cannelloni and manicotti, hand-made dumplings, spicy lobster ravioli and veggie dishes that embody the field-to-table simplicity of Italy, as per chef's email. Price points should remain relatively low as Bowers and Goodman hope to keep the restaurant high energy and filled with people "eating a ton of plates," says Bowers. He estimates they'll be able to seat 150-200 people.

Battalion — which will include a sizable bar downstairs, a full kitchen upstairs and a patio — is a play on words for several reasons. Though initially announced in early 2014, rezoning and legal battles kept progress on the 5,200-square-foot eatery from really taking off.

First, it goes without saying, the renovation of this historic building (in the works for two years now) has been a major organizational undertaking. Our "common aim" is to give San Antonio a restaurant space that is incredibly unique and like no other the city has seen to date. With 360 degree views overlooking downtown and the Tower of America in our "backyard," Andrew and I are beyond excited to offer a stylish, delicious dining experience with the caring service that has given Feast and Rebelle the success and reputation they have today.

Battalion should open by the end of 2016.