El Rinconcito's Open Kitchen Lets You Take in a Show 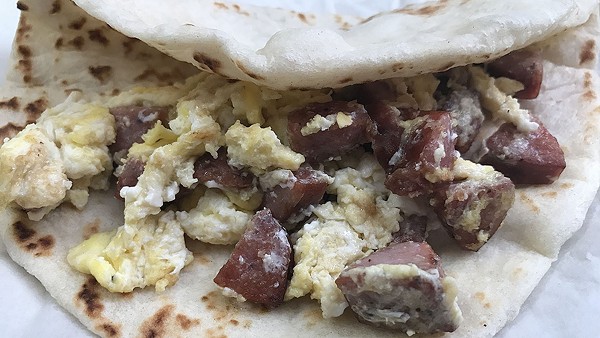 One of the hair-netted cooks, who was young and assertive, asked me “para llevar?” from the exposed kitchen I faced as I walked into El Rinconcito on the west side. I said “for here,” because I’m a coconut and then she motioned me toward the dining area to the left.

Indeed, the layout of El Rinconcito seems turned around. You enter into a room that is a waiting area and kitchen — the two separated by a counter where the waitresses place and pick up orders. A restaurant at the Pearl will open up its kitchen to be hip, but here it is genuinely cool.

An older waitress who very well could have been the proprietor — she seemed to be running things — took my order by memory. I was nervous because she was multitasking, as waitresses do, inputting other taco orders into her memory banks, making drinks, busing tables. Ten minutes later, she delivered my tacos, just as I ordered.

I ate the tacos — two very good, one average and one mostly inedible — but I just enjoyed sitting in this restaurant. I’ll visit a taqueria around 9:30 a.m., to avoid the morning rush, but this place filled up nicely with a second morning rush. Two older men were having some kind of reunion. A family sitting by the register broadcasted their orders. Four workers in hardhats and rain boots, the lone male bellowing “Ho, ho, ho” every few minutes, sat down near me. It wasn’t until I made out the “K” stickers on their hats that I realized they worked at the Kiolbassa facility a half-block away. I wanted to ask, “How is the sausage made?”

This might also explain the quality of the country and egg. I would bet $20 (no more, because I’m unemployed) that they use Kiolbassa sausage in all their dishes that require sausage. The high quality of this smoky sausage made this taco. Also, the flour tortilla was top-notch — soft, chewy and puffed up in certain parts. 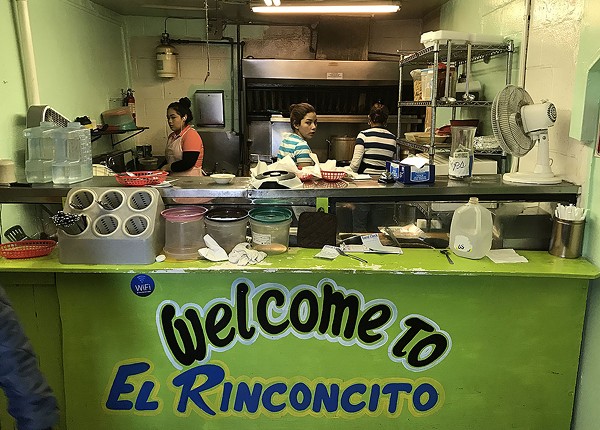 The beans in the bean and cheese had a very honest flavor, which suggested to me the lack of lard or bacon grease or another heart-stopping enhancer. Perhaps they were cooked in very little vegetable oil as these beans tasted clean and light.

The potato and egg was about average. Kind of a hard taco to mess up.

The carne guisada, unfortunately, was mostly fat. I spat out about 75 percent of the filling into a napkin. The actual meat had decent flavor and was in a decent stew.

When the waitress came back, I ordered two bean and cheese on corn for the road, because I wanted to take the bean back to The Tacoist Test Kitchen for further examination. I waited and waited. So I went up to pay the bill, and another waitress found the ticket minus the to-go bean and cheese. I filled her in. She swung around to the kitchen and shouted in the order and then I paid. This, while my original waitress reminded everyone that my to-go tacos were on corn.

Removed from my original table, I took a seat in the waiting area and observed the chaos of the kitchen. They weren’t shouting at each other — the cooks and waitresses — but communicating in get-shit-done speak. Again, more time passed. Another waitress noticed me sitting there, checking my phone and immediately turned back to the kitchen and scolded the cooks about forgetting my bean and cheese tacos. The cooks looked at me with eyes that said, “Why didn’t you say anything?” And I actually said, “I thought the order was in!” The young cook spooned up those clean beans and slapped them in a corn tortilla with attitude while emasculating me in Spanish. I kind of liked it.