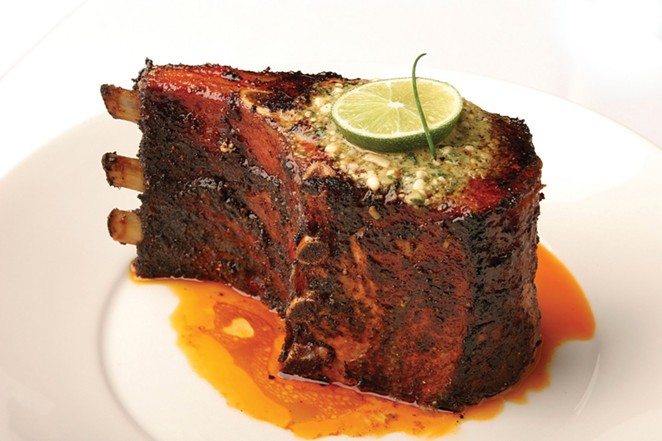 But these aren't your average pork chops. Perry's offering is a "seven-finger high chop that is hand-selected, cured, roasted, slow-smoked and caramelized, topped with Perry’s signature herb-garlic butter sauce and carved table side." The lunch-cut portion is available on Fridays from 11 a.m. to 4 p.m. with whipped potatoes and apple sauce for $14.95, but on #flashbackfriday, the pork chop will be priced at less than a dollar.

The Houston-based restaurant chain will only announce the date for said Friday via it's social channels, so keep an eye out for that in the coming days.