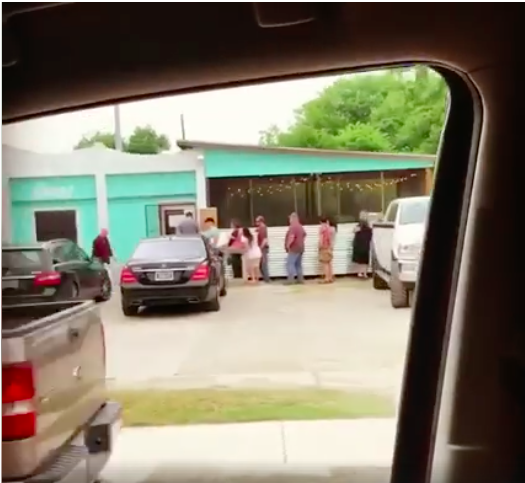 Things are about to get real as two local barbecue joints were named to Texas Monthly's Top 50 Barbecue Shops in Texas.

The Granary 'Cue & Brew at The Pearl should be used to the rush by now, with several national nods, including 2013's Top 50 list from the same magazine.  Newcomers to the list, 2M Smokehouse off S. W.W. White Road, which already sells out their barbecue con ganas regularly, is seeing some of their longest lines to date.

Landlord and fan Paul Ramos shot a video of the line during 2M's return from vacation (the list was announced during a small break from the staff). In the video, at least two dozen people can be seen coming from the building's back door. What we don't see is the line inside the building that usually winds within the small shop itself. With Memorial Day weekend coming up, folks hoping to try some of the best barbecue in Texas might want to wake up extra early.