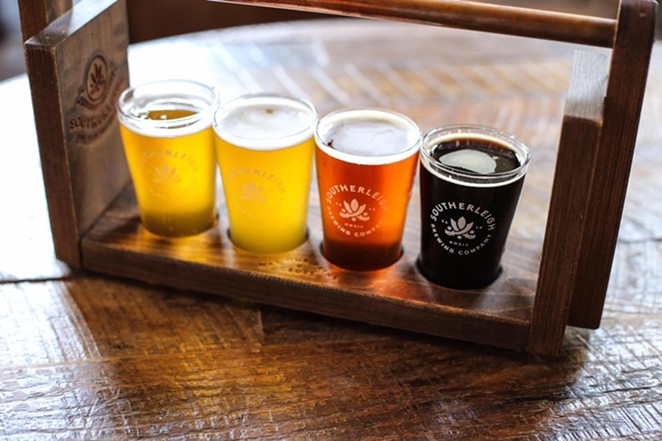 Head brewer Les Locke loves cream ales. After introducing them to Texas several years ago at Branchline Brewing Co., Southerleigh's brew chief has gone on to create more palate pleasers such as a chocolate cream ale, strawberry cream ale, peach cream ale and a coconut cream ale and the latest a orange cream ale Locke is pretty excited about.

The well-balanced brew was made using 400 pounds of oranges and should pair well with anything summer. As such, Southerleigh's throwing a summer bash and will take over the taps at Paper Tiger with the new cream ale and more of its beers, along with food for purchase by Botika and Southerleigh, which will be serving roasted pork and fried chicken baos for $1. Dance Like Robots and Stegosaur will bring the tunes.

Locke says the orange cream ale is fun to make, and will hold up well to salads, lighter fish and desserts with its refreshing, citrusy finish. The beer, which took just about five weeks to produce, is currently available at Southerleigh.