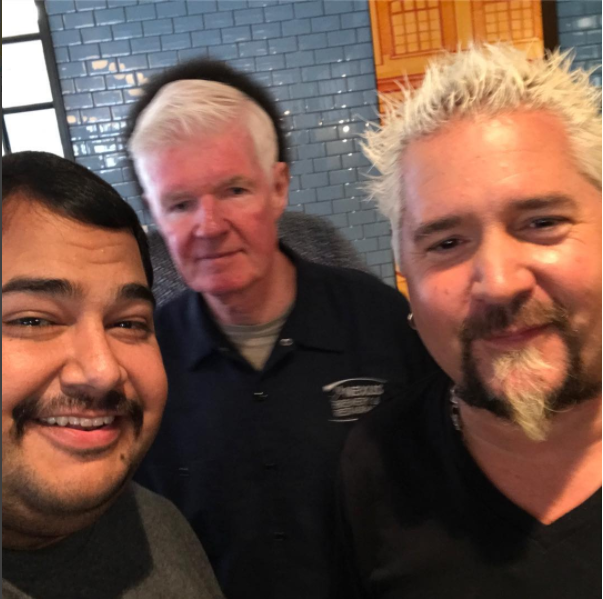 It has been six years since Guy Fieri, host of Food Network's Diners, Drive-ins and Dives, made an appearance in San Antonio. The frosted-tipped-one is back for more.

Though emails to Food Network have been unanswered (and La Panaderia's public relations firm could not confirm said visit), the timing makes sense. The shop, opened by brothers Jose and David Caceres early this month, announced it would be closed for a private event for most of Monday.
Local bar manager Jacob Burris shared a few discrete shots of Fieri.

Have you spotted Fieri in town? Shoot us an email at flavor@sacurrent.com with details.