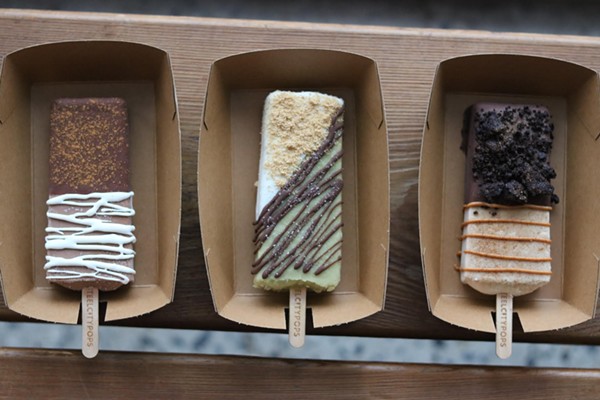 There will be another way to cool down this summer with the grand opening of Steel City Pops this Thursday at noon.

The first location in San Antonio will serve as a hub for more locations to come as it sits on approximately 3,600 square feet of production, office and dining space. A covered patio will also be available.

Steel City Pops is a privately owned popsicle company opened its first location in Homewood, Alabama (a suburb of Birmingham) in 2012. Since them owner Jim Watkins and co. have expanded across Alabama, Tennessee and now Texas with 22 total stores in the forecast by the end of the year.

Steel City (Birmingham is known as the Pittsburgh of the South) is known for its small-batch organic popsicles ($3), that can be dredged, dipped or drizzled for an extra $1.50.

Hours for Steel City will be noon to 10 p.m. Sunday through Thursday and noon to 11 p.m. Friday and Saturday.