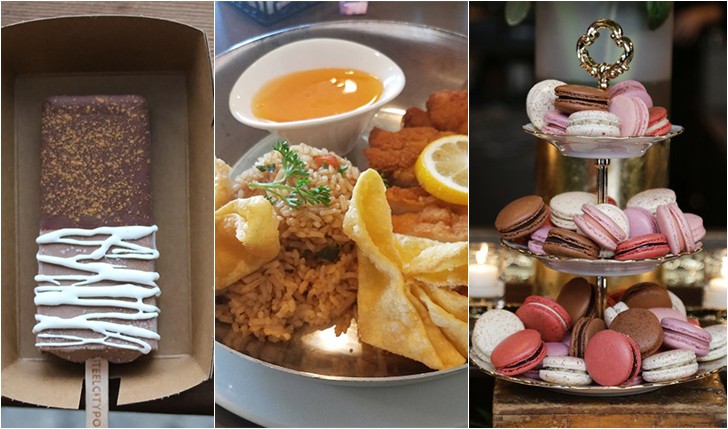 We're halfway through the year and the openings and closings in the restaurant scene keep coming. Here's what May flowers brought us in the way of June restaurants:

Squeezers Co., a new juice trailer in Southtown, opened at the end of May with a slew of juicy offerings. Find them at 609 S. Alamo St.

La Panaderia opened its second location in San Antonio filled with fresh-baked loaves, conchas and more on June 9. The shop was immediately a hit with the downtown crowd looking for solid lunch. Find them at 301 E. Houston St., (210) 375-6746.

Pawsitively Sweet Bakery, an all-natural dog treat vendor, opened its first brick and mortar retail location on the city's East Side with an expanded line of pup treats on June 24. Find them at 3363 E. Commerce St., (210) 446-7466.

Steel City Pops, an Alabama-based popsicle company, opened its first San Antonio location on June 29. The shop is known for its fruit and cream popsicles that can be dipped in chocolate, drizzled with syrups and dusted with toppings of your choice. Find them at 812 S. Alamo St., Suite 101, (210) 963-6540.

La Taza Coffee House at Brook Hollow re-opened under new management over the holiday weekend. The shop has added a new espresso machine and will carry pastries from the Bagel Factory. Find them at 15060 San Pedro Ave., (210) 639-1426.

The Rusty Bucket now has new owners. The barbecue shop known for its ribs is now owned by friends Bryon Hobbs and Jim McShane out of Stockdale, Texas. Hobbs is the owner of Smokin' Down South BBQ. Find them at 600 Cupples Road, (210) 433-6663.

Alchemy Kombucha and Culture, at 1123 S. Flores St., known for offering Element Kombucha (San Antonio's first take on fermented tea) and a veggie-driven menu, closed its dining operations as of June 11. The facility now  focuses on producing Element Kombucha along with the occasional event and festival.

Stay Golden Social House, the first patio cocktail bar concept by The Boulevardier Group closed on June 16 after a series of nightly parties. The existing building will be turned into a 10-story office building. 401 Pearl Pkwy.

Timbo's Burgers, closed its doors on June 17 after 10 years in business at their former location. The restaurant lost its lease in May and was given a 90-day notice. 1639 Broadway.

Bistro Vatel, one of the last remaining French restaurants in the city, closed its doors off Olmos Drive over Father's Day weekend. Hope isn't lost — chef Damian Watel and his staff are cooking lunch at Bite, the restaurant owned by wife and fellow chef Lisa Astorga-Watel, throughout the summer. Find them at 1012 S. Presa St., (210) 532-2551.

Did we miss one? Know of any upcoming openings? Email us at flavor@sacurrent.com.