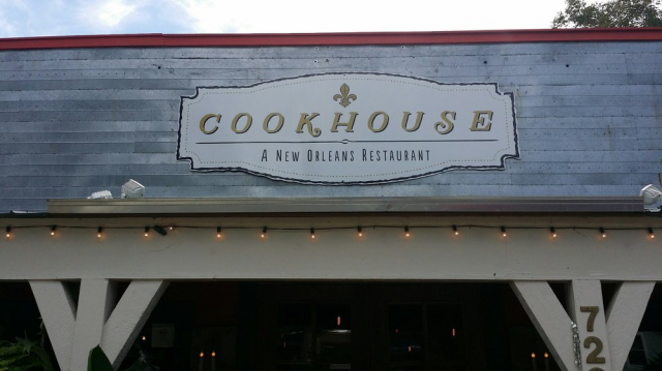 What happens when a beloved Tobin Hill restaurant is hit with at least 300 1-star reviews hailing from as far as Brazil and Myanmar? The community rallies to bump up that valuable score.

On Saturday, Pieter and Susan Sypesteyn of The Cookhouse, NOLA Brunch & Beignets and Bud's Rotisserie posted a note to The Cookhouse's Facebook page.

Sure enough, the review portion of The Cookhouse's Facebook page was filled with 1-star reviews beginning from 5:50 a.m. through 6:57 a.m. on July 21 from far-off countries. Manager Jasmin Williams noticed the reviews after her checking her phone that morning.

"I had like 70 notifications from Facebook. Then I saw that they were all 1- star reviews. And the number kept going up," Williams said in a message.

Though the restaurant has reported the negative reviews to Facebook to no avail (yet), fans of The Cookhouse have taken to the review page to try and balance out the fraudulent reviews. Their current score is now sitting at 3.6 stars out of 5.

The negative reviews didn't stop there. Owners of Wrigleyville Grill shared a similar status to their followers last on July 28.


Wrigleyville's score is still 2.2 out of 5 stars. The situation isn't entirely unheard of: A Massachusetts-based jeweler shared their story on inbound.org. Basically businesses are left with negative reviews, purchased by ne'er-do-wells, with little to no recourse. Both restaurants have seen an uptick in positive reviews from real accounts.

"We've had so much awesome community support. It was a 2.3 after it happened, so people have rallied us back up to where we are now! Pretty cool," shared chef Sypesteyn in a message.

So if you've a) have been to either Wrigley or Cookhouse and b) hate the idea of two locally owned restaurants having to deal with this nonsense, leave positive reviews. And let's all just change our passwords while we're at it...