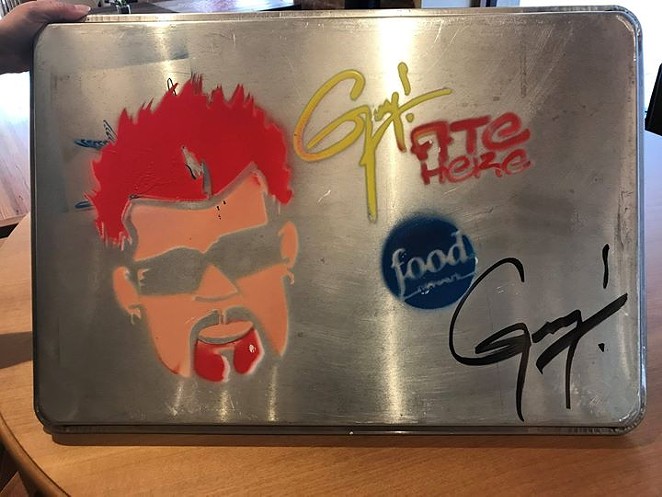 Remember that one time Guy Fieri was lurking eating and filming his way through Downtown San Antonio this June and made a stop at newly opened La Panaderia? Well, you'll be able to see the exact moment in time when he realizes the pan dulce IS Flavor Town this weekend.

The episode, titled "A Passport of Flavor," takes Fieri from San Anto to Lansing, Michigan. The description on Food Network's site reads thusly: "This trip, Guy Fieri's cruising from Texas to Michigan to dive into some gangster grub. In San Antonio, a real-deal Mexican bakery goin' old school with their sandwich sourdough and tequila croissants. Then, he's doubling up in Lansing, Mich., with two off-the-hook joints puttin' out dynamite dishes."

If you've eaten at La Panaderia — be it the Broadway location of the new location on Houston — you'll be able to nod along as Fieri takes bites of loaded sandwiches on fresh sourdough and their tequila almond croissants. Get there now before the deluge of Fieri fans crowds both joints.