Cake Boss Chef Is Opening a Restaurant in San Antonio 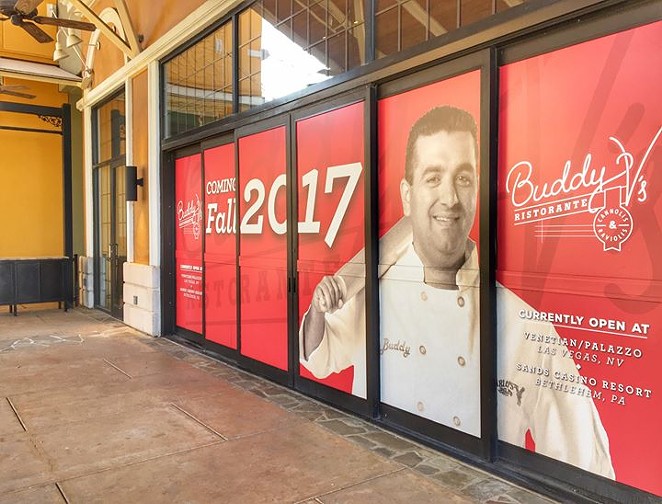 The Learning Channel's Cake Boss is coming to San Antonio. Well, at least his growing chain of restaurants is according to The Shops at La Cantera, which shared a photo of a barricaded window unit baring Buddy Valastro and announcing the fall opening of Buddy V's Ristorante.

The post, which went up September 16, has been shared more than 1,400 times, so needless to say, San Anto is ready for more Italian fare.

Though Valastro's team has yet to share any details on the location, Buddy V's Ristorante has locations in Las Vegas and Sands Casino Resort in Bethlehem, Pennsylvania.

Cake Boss first aired in 2009, and followed Valastro and his staff at Carlo's Bakery in Hoboken, New Jersey.