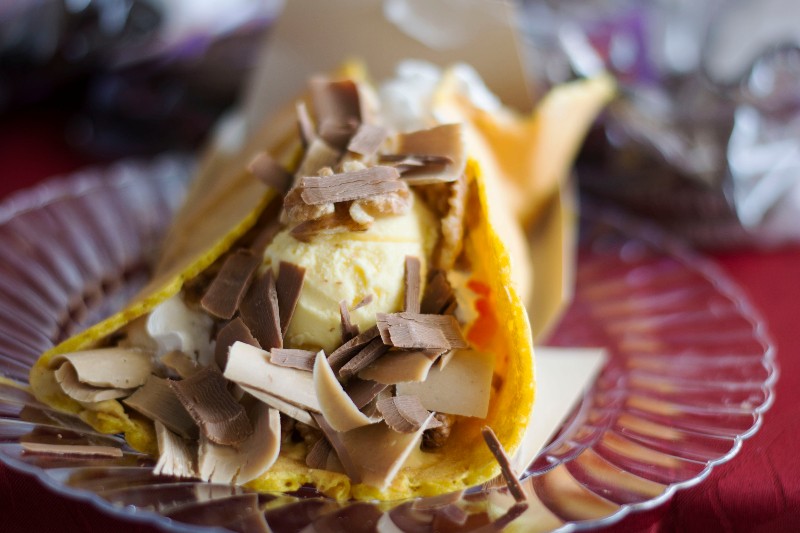 As first reported on KSAT, Baklovah Bakery has added a new menu item that won't be found anywhere in the city. It's time for you to meet the Choco Kebab.

The dessert starts with a crepe that's fired up and ready in 25 seconds, followed by two scoop of ice cream (your pick), and is topped with all manners of chocolate, caramel or strawberry syrups, whip and fresh chocolate shavings straight from the chocolate "kebab spit," much like the schwarma served across the way at Pasha Mediterranean Grill. The treat is perfect for sharing and is priced at $7.

Choco Kebabs were first launched in 2011 by and Italy-based company. Baklovah, a bakery by the folks behind Pasha Mediterranean Grill, opened last July with European and American pastries, along with namesake baklava and other Middle Eastern treats.

Check out how it's made below: