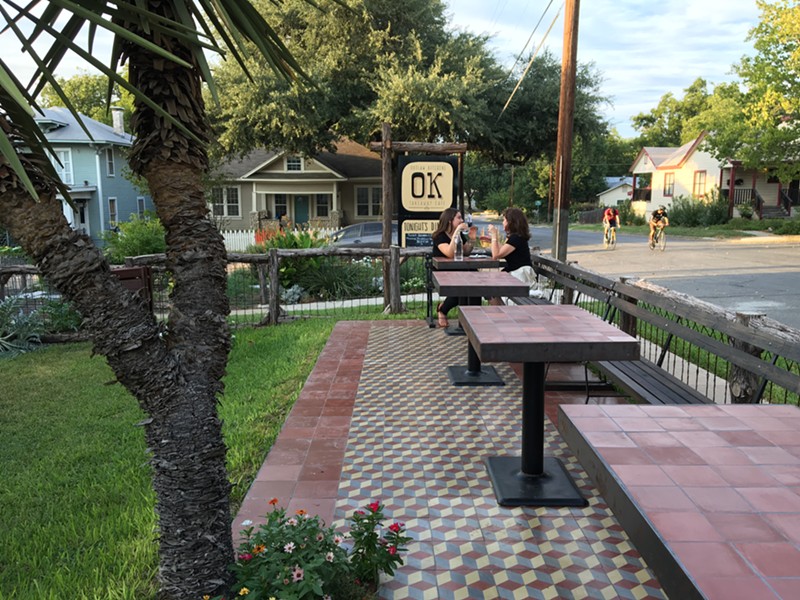 Imagine if Mr. Rogers invited you over for dinner. Now, imagine that Mr. Rogers had a Mrs. Rogers, an elaborate garden, a couple of kitchens and seats for 23 or so of his closest neighbors. You don't have to imagine because chef Paul Sartory and wife Peggy Howe have made all that a reality with their new takeaway restaurant Outlaw Kitchens, which officially opened this past Monday.

The new Alta Vista eatery was several years in the making. After Howe and Sartory married in 2012, the chef started to work on the idea he had been brewing since his time in New York. The Culinary Institute of America-trained chef and instructor wanted to open an eatery that would keep costs and food waste down.

"You just never know who will walk through that day and why do restaurants fail, why can't people go out to eat all the time," Howe said.

So they settled on a takeaway shop where customers could zip through on their way to work, grab a great meal and enjoy at home. The couple also wanted to bring down costs by converting their Alta Vista home into a live-work business. A year of rezoning later (with help from State Rep Diego Bernal and their neighborhood association), the beauty-salon-turned-home was cleared for a Inner City Development designation. Turns out you CAN work from home.

In the two years since, Howe, who restores historical homes, has turned the interior into a farm-house chic setting, while Sartory has tended to the garden, fencing, small brood of chickens and menu. Bringing their home up to code required the help of a fire consultant who helped secure fire permits. 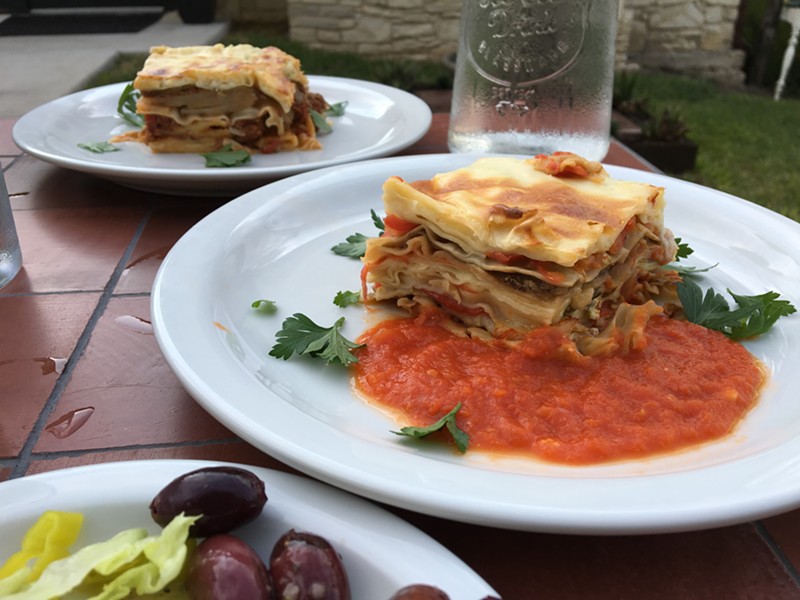 Outlaw Kitchens held a few soft openings before their Monday launch. The concept is simple...ish. Open Monday through Friday from 5 to 8 p.m. only, Outlaw serves one menu item and a vegetarian counterpart the first three days of the week. That means the opening week menu was made up of Greek pastitsio (a baked pasta dish with beef and lamb) or choice of vegetable lasagna; each served with a Greek wedge salad. Both dishes used house-made pasta to delicious results. As the weather cools, the patio at the corner of Magnolia and North Flores will be perfect spot for people- and puppy-watching.

"He makes whatever the best thing he knows how to make that night," Howe said. This helps keeps costs down, and let's them accommodate for vegetarian entrees.

Prices range from $13 to $16 for a plate, whether you enjoy it on the patio or take it to go. Service is friendly and casual, and Howe runs the front of the house efficiently. Frozen entrees are also available for pick-up at around $8 for two.

"That's kind of how it all started. Paul was working nights and he didn't want me to eat chocolate and cherries — which is what I would do — so he made me these frozen dinners," Howe said.