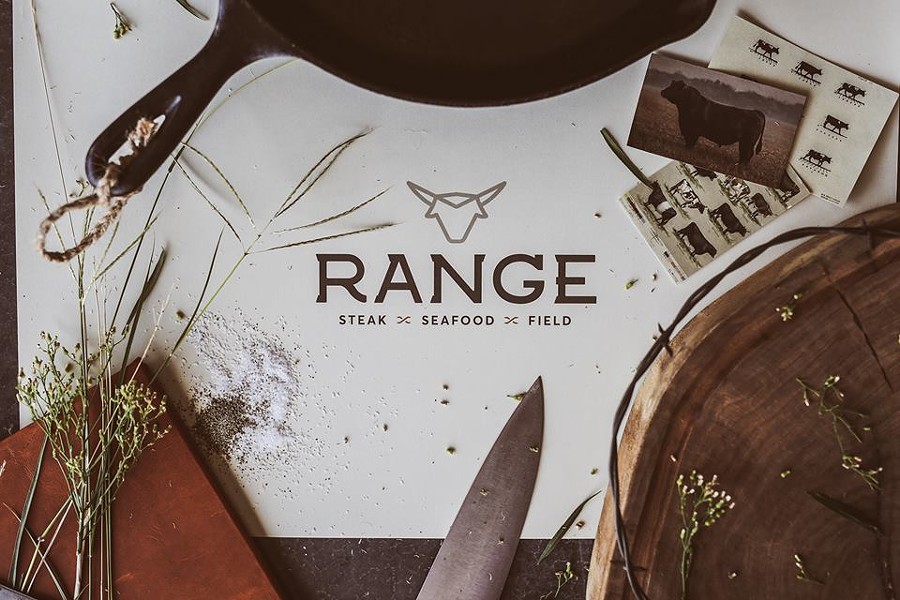 The west side of Houston Street is changing — and fast. And what bigger name in San Antonio to anchor its redevelopment than the city's lone Iron Chef, Jason Dady?

After a weekend of very exclusive openings for close family, friends and clients, Range — Dady's latest restaurant — will open on Tuesday, October 3.

"You can't get to the root of how every thing will work until you get there, and there were some hiccups here and there [on Friday and Saturday], but nothing catastrophic," Dady said.

Foodies champing at the bit to try Range, housed inside the former Lüke San Antonio, won't have to wait until next Tuesday. Dady shared the restaurant will be serving a very limited number of guests for the next several days. The restaurant seats more than 200 in regular dining alone, no including 40 on the patio and 18 seats at the bar. The restaurant's facelift was tackled by the Dado Group, with Hilmy handling brand and environmental design.

"We're not close to handling 300 people on a Friday night, yet," Dady said. "But we'll bump up the number of guests throughout the week."

Range, a modern chophouse, will open for lunch and dinner with a slew of dishes from that "pay tribute to world-class Texan beef, fresh seafood from the picturesque Gulf Coast, and sought-after local game from the field," as first described. Though the menu may change slightly in the next few weeks, chef said early favorites were the Parisa (a cross between beef tartare and ceviche that uses beef, sharp cheddar, jalapeño and poblano peppers and plenty of citrus); marbled potatoes with bacon cream, and shabu shabu (which allows the guest to cook thin strips of beef using a soy-based broth) as a riff on hot rock dishes found at Uchi or Uchiko.

Brunch will come down the line (Dady says two more weeks), and will feature Champagne paired with fried chicken and biscuits.