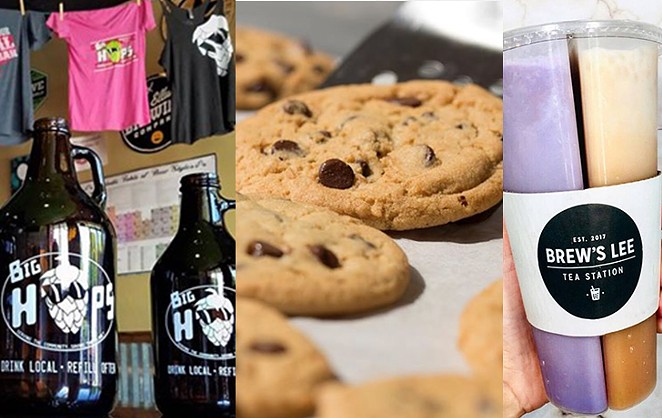 OPENINGS
Tucker’s Kozy Korner reopened September 22 and the vibe remains the same albeit the grungy carpet is gone. Bonus: the fried pickles are a must. Jason Dady's latest restaurant, Range, will officially open October 3 so get those reservations in. The People's Nite Market is back for a fall season with five more dates through December at Avenida Guadalupe. The brunch gods smiled upon us and Sangria on the Burg is finally opening for brunch hours on Sundays. Fans of fast-casual and delicious subs will welcome the addition of another Potbelly Sandwich Shop, this time at the Quarry. The Social Spot, formerly Pinks Patio, announced a date for its grand opening party on October 21. The Pod Restaurant off Redland, which opened in January, shared new upgrades during a Sunday "grand re-opening."

CLOSINGS
Big changes at Earl Abel's as it closed its doors on September 30 in preparation for its move to its new location (inside the former home of Timbo's). The new location has a October 15 reopen date.


UPCOMING
Alamo Heights is getting a bubble tea shop this October with the opening of Brew’s Lee Tea Station opened by Frances and Billy Lee. Seafood lovers can look forward to a second location of LA Crawfish; the Houston-based franchise announced a new spot off 281 N. in the coming months. Big Hops, the local growler station with three locations, will add a fourth, this time its first franchise by the end of the year on the city's far west side. Pizza pals can pencil in the opening of 1,000 Degrees Neapolitan Pizza off Huebner and I-10 in the coming weeks. Turns out San Antonians are all cookie monsters because we're getting a fifth Tiff's Cookie's location at Alamo Ranch (those Tiffwiches, tho).