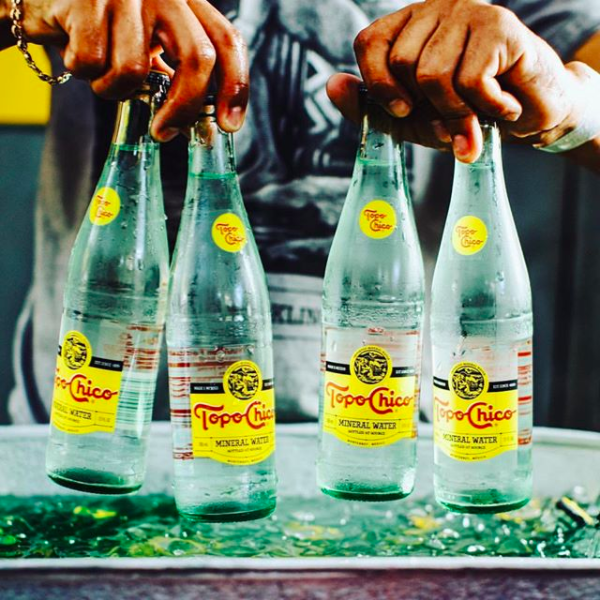 The most refreshing and bubbliest mineral water on the market (fight me), just finalized a deal with The Coca Cola Company.

Arca Continental, which owned Topo Chico for the past 120 years, bottled for TCCC since the 1920s (as the first outside the U.S. according to the Dallas Morning News) from Monterrey.

“It is highly satisfying for us to continue expanding the legacy and authenticity of Topo Chico Mineral Water on an international scale through this agreement, which will further enhance its presence in the U.S., adding tremendous value to the country's product portfolio," stated Manuel L. Barragan Morales, Chairman of the Board of Directors of Arca Continental via press release.

The brand is beloved in Texas (where it commands 70 percent of its sales according to the DMN's report), and while we could see this at TC selling out, the brand will retain a "legacy team" to safeguard the fizzy product. This could mean we can travel outside of Texas without having to hit up every bodega in search for the good stuff. Because La Croix doesn't do the trick.

Arca Continental scored a cool $220 million on the deal.