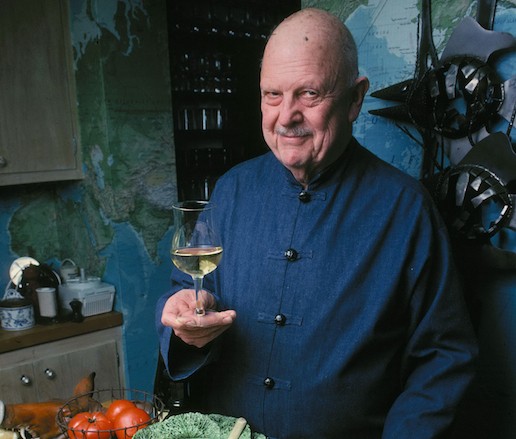 Though many a San Antonio chef has been nominated (Bruce Auden, Andrew Weissman, Jason Dady, Michael Sohocki, Steve McHugh) as finalists or semifinalists, the city has yet to score one.

You could help change that by nominating your favorite chef, or restaurant or pastry chef by December 1. And the foundation received more than 24,000 entries for the 2017 Restaurant and Chef according to criteria guidelines. Then the list is whittled to 20 semifinalists.

Nominations can be made for the following:

Outstanding Restaurateur: A working restaurateur who sets high national standards in restaurant operations and entrepreneurship. Must have been in the restaurant business for at least 10 years. Must not have been nominated for a James Beard Foundation chef award in the past five years.

Outstanding Chef: A working chef in America whose career has set national industry standards and who has served as an inspiration to other food professionals. Must have been working as a chef for the past five years.

Outstanding Restaurant: A restaurant in the United States that serves as a national standard bearer of consistent quality and excellence in food, atmosphere and service. Must have been in operation 10 or more consecutive years.

Rising Star Chef of the Year: A chef age 30 or younger who displays an impressive talent and who is likely to make a significant impact on the industry in years to come.

Best New Restaurant: A restaurant opened in the calendar year before the award will be given that already displays excellence in food, beverage, and service, and that is likely to make a significant impact in years to come.

Outstanding Pastry Chef: A chef or baker who prepares desserts, pastries, or breads in a restaurant, and who serves as a national standard bearer of excellence. Must have been working as a pastry chef or baker for the past five years.

Outstanding Baker: A chef or baker who prepares breads, pastries, or desserts in a retail bakery, and who serves as a national standard-bearer of excellence. Must have been a baker or pastry chef for at least five years.

Outstanding Service: A restaurant in operation five or more years that demonstrates high standards of hospitality and service.

Outstanding Wines, Beer, or Spirits Professional: A beer, wine, or spirits professional who has had a significant national impact on the restaurant industry.

Outstanding Wine Program: A restaurant in operation five or more years that serves as a national standard bearer for excellence in wine service through a well-presented wine list, knowledgeable staff, and efforts to educate customers about wine.

Outstanding Bar Program: A restaurant or bar that demonstrates excellence in cocktail, spirits, and/or beer service.

Best Chefs: Chefs who have set new or consistent standards of excellence in their respective regions. May be from any kind of dining establishment and must have been working as a chef for at least five years, with the three most recent years spent in the region (Texas is in the Southwest region).

To register and submit your own nominations visit this link.