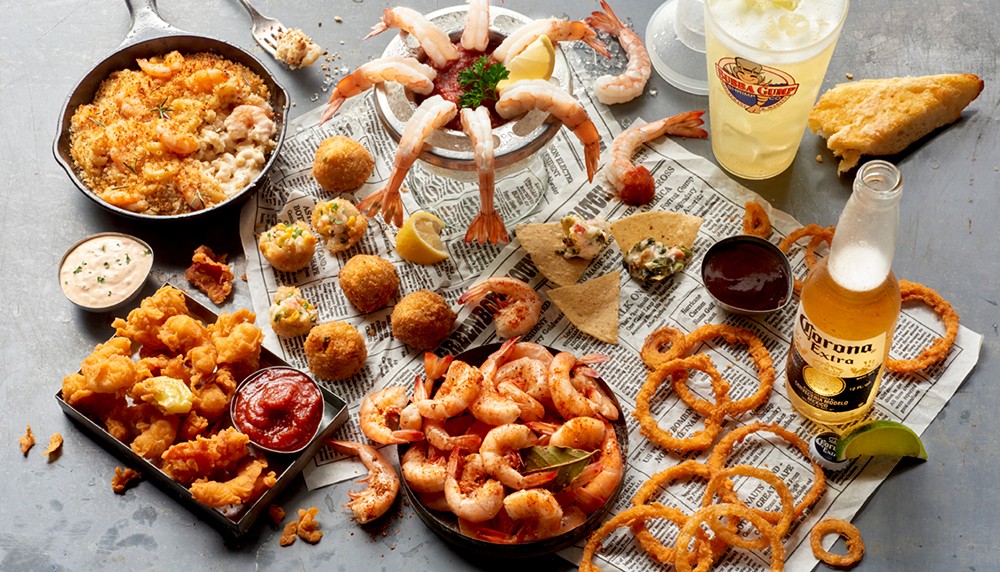 I get it, things are changing. Change is scary, etc. but even as a non-native to your beautiful 'scapes, I have to object to some rather perturbing influences. Have you been hanging with the wrong crowd?

Sure, at first I thought Margaritaville was harmless. Parrot Heads from around the country who are living that blissful retired life already enjoy visiting San Antonio, so what's the harm in letting them grab an over-priced margarita while they watch concert footage from Jimmy Buffet's most recent show or whatever. I get it, Hawaiian shirts are hella comfortable. Where IS the damn salt?

Here is the salt. In September, we reported the opening of Buddy Valastro's (AKA the Cake Boss) upcoming Buddy V's Ristorante at La Cantera. Then before Thanksgiving, we reported on the upcoming opening of Paula Deen's Family Kitchen, at The Rim due sometime next year. I shelved that nagging thought and had a lovely Thanksgiving break with my family. But news just broke of a possible upcoming Bubba Gump Shrimp Co. opening along the River Walk and I have to object.

This isn't Times Square. This isn't Vegas. This is San Antonio. Home of Tex-Mex, puffy tacos, and it was even recently dubbed a Creative City of Gastronomy by UNESCO, with three of our best chefs recently announcing plans for restaurants inside La Villita, so we have that going for us too. Why, then, are we choosing to also go back in time to 1996 to open a restaurant in downtown that can be found in 40 other cities across the globe instead of supporting local restaurateurs offering creative dishes with San Antonio flair?

I want to point to Houston Street as an example of ways to reel in tourist dollars while also pacifying local palates. More than 10 years ago, Bohanan's opened and later added a robust cocktail program to its lineup that spurred San Antonio's love of craft-filled booze. Nowadays Houston Street caters to some tourist things (Texas de Brazil, Starbucks, The Palm), but is supporting laidback coffeeshops with La Panaderia, Sip and newly opened Rosella at the Rand; it has Mexican flavors with Acenar and Zocalo; and it has new flavors in Jason Dady's Range and Pinch Boil House & Bia Bar (bonus: they have shrimp). And can we talk about the deliciousness of dueling Italian restaurants on S. Alamo St.? Look further down the river at the Pearl as an example of local, and not-so-local flavors with no chains in sight (other than Boiler House, technically owned by Houston's Lasco Enterprises and the only one of its kind, and Ten Thousand Villages, which considers itself a the original "fair trader").

A balance can exist between tourism and local flavor, but do we really need the gimmick of a known racist grandma, and an extremely dated seafood joint?

Yes, nostalgia is a helluva drug. Who doesn't like reminiscing about "simpler times"? But if we're to really move forward as a Creative City of Gastronomy, we have to ask more from our business owners (sup, Houston-based Landry's),  our visitors and ourselves. Let Bubba stay in 1994, surely even Forrest has moved on at this point.