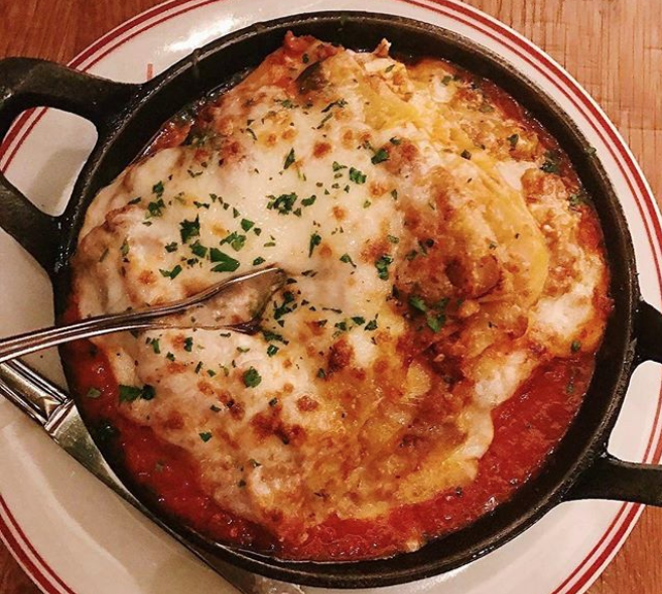 Buddy V's Ristorante, the Italian-American eatery from Buddy "Cake Boss" Valastro, will open its doors to San Antonio on Monday, January 29, according to a press release.

Located at The Shops at La Cantera, Buddy V's will serve up twists on Italian-American classics as well as desserts that made Valastro famous with his TLC show.

The menu will include options for lunch and dinner, as well as a limited bakery menu. Like much of the Cake Boss brand, dishes honor the Valastro family. Inspired by family recipes, options include Lisa V’s linguine and white clam sauce with white wine, garlic, extra virgin olive oil; Valastro Sunday gravy with meatballs, sausage, lamb, pork and a bowl of rigatoni; and Nona’s lasagna al forno.

For those that just want their pick of Valastro's prized desserts, Buddy V's will offer up its version of Italian birthday cake, Lisa's warm nutella cake, cannoli and Buddy's lobster tail.

San Antonio is the third market to have a Buddy V's Ristorante, with locations in Las Vegas and Bethlehem, Pennsylvania.

New restaurant openings? Restaurant and bar specials? Food reviews? Food festival announcements? Get all that and more straight in your inbox by subscribing to our Flavor Friday newsletter.