Sipping Tea at Starbucks, And Why We Should Hold The Coffee Giant Accountable 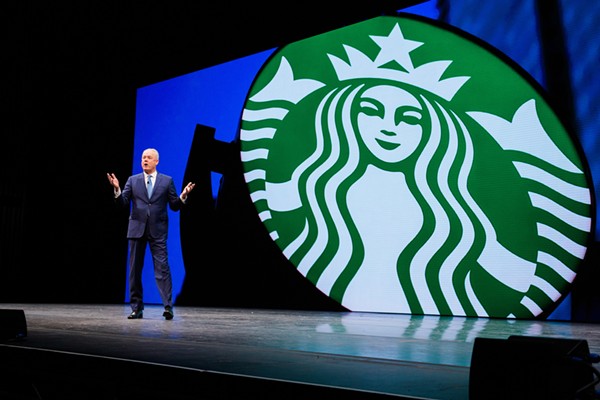 Next Tuesday, as San Antonians go about their day, Starbucks will close more than two dozen area stores. In fact, the coffee giant will close more than 8,000 company-owned stores across the U.S. to host part of their “anti-bias training efforts,” spurred on by an incident that took place in Philadelphia in mid-April.

Last month, two black men were arrested for “trespassing” for using the restroom while waiting for a third party member, after a manager called the cops. Video footage from other coffee shop-goers showed Rashon Nelson and Donte Robinson, two businessmen, cooperating with the officers. The duo chose not to sue the city of Philadelphia even though they were detained for several hours. Instead, Nelson and Robinson settled with the city for $1 each and the city’s promise to start a $200,000 program to help high school entrepreneurs with grants.

This was likely the best outcome for the men, the city and Starbucks, considering how poorly things could have played out that April afternoon.

The coffee retailer went into public-relations crisis mode. CEO Kevin Johnson, who’s been on the job for just over a year, apologized immediately and deemed the situation “reprehensible” while vowing to “learn from this and be better for it.” This included anti-bias training, set for next week, as developed by the Equal Justice Initiative, NAACP Legal Defense and Education Fund and Demos, a nonprofit U.S. think tank. They’ll also consult with members of “organizations and civil rights experts — including the Anti-Defamation League, the Leadership Conference on Civil and Human Rights, UnidosUS, Muslim Advocates, and representatives of LGBTQ groups, religious groups, people with disabilities and others.”

And they’ve taken other steps. Starbucks policy now includes a clause that considers all who enter a customer. That includes cafes, patios, restrooms — whether a purchase is made or not.

The news of this also comes after a California man named Pedro ordered a venti white mocha and a venti iced caramel macchiato only to find “beaner,” a slur for Latinos, printed on his order sticker. This happened just last week, a little over a month after the outcry in Philadelphia.

No cops were called, obviously, and Pedro accepted his apology from leadership after refusing a $50 gift card that added insult to injury.

It might not be enough to make you quit coffee (and you don’t have to, given the number of local shops in the area you could support instead), but May 29 should mean something and have actionable results.

As a third place — not home or work, but a community-building space — Starbucks needs to make sure that all feel welcome, especially as they keep expanding into low-income communities.

At this point, the Seattle-based company has already made huge social gains by providing health care for employees and has sought 100 percent pay equity for partners (i.e. employees) of all genders and races performing similar work.

Any progress made during this “anti-bias training,” which should include a thorough list of scenarios for when calling the cops is necessary and why slurs have no place at a coffee shop – regardless of whether customers are paying $5-plus to enjoy a venti whatever with extra whip.

As a business leader, and one of Glass Door’s 2018 Best Places to Work, whatever Starbucks does next could help rectify some of the racial inequalities America keeps dealing with on a daily basis.