Here's Why You Should Be Supporting San Antonio Restaurants This Summer 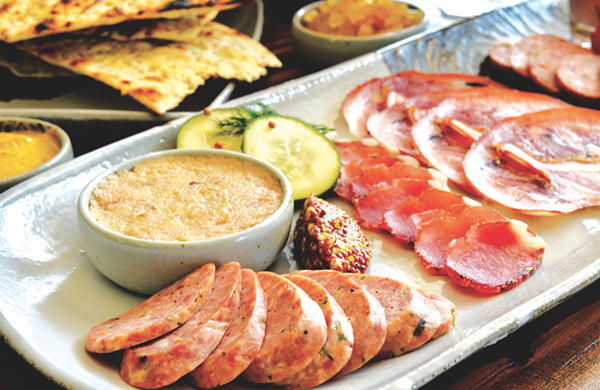 It all started back in April with business owners holding their breath as the Spurs barely eked out a No. 7 standing for the 2018 playoffs.

The team faced Steph Curry and Golden State for five hard-fought games, and the season ended on April 24. No, this isn’t Kawhi Leonard’s fault, though he’d be easy enough to blame.

Since Tim Duncan’s departure and the Spurs’ early playoff exits, San Antonio businesses have had to deal with longer summers than they'd been used to as far as sales.

Historically, business is slower in the heat of summer, and the Spurs play a part in this economy. San Antonians aren’t donning their off-brand T-shirts or NBA-licensed jerseys to fill sports bars, chill patios or whatever their favorite watering hole may be.

This weekend kicks off a slow burn for both restaurants and bars as kids leave school, and CPS bills rocket and seasonal holidays (July 4, Memorial Day) could mean a sales drop of up to 20 percent for some restaurants, according to Upserve, a restaurant point-of-sale company. The number of downtown conferences dip, and San Antonio families head out across Texas to nearby markets for quick getaways.

This is when restaurants must get inventive with their accessibility. Even areas like the Pearl have to beef up their programming to draw crowds. (The Pearl’s Olé, a “summer-long program celebrating San Antonio’s Spanish heritage in commemoration of the city’s 300th anniversary,” kicks off June 15 with happenings such as Tapas Tuesday and Gin and Tonic Thursdays). Charcuterie Week, the week organized by chef Mike Sohocki to celebrate all things meaty and cured, is regularly held during the last week of July, when staffs have time to dive into preserving and curing whole animals. And, as always, restaurants with playgrounds might fare better than those without.

If you own or manage a restaurant or bar, get creative. For lack of a better word, dangle those events, specials and summer-time programming opportunities in front of a distracted audience. If you’re a visitor new to San Antonio, consider visiting a restaurant beyond the Riverwalk and other touristy areas. And if you’re a local, put your money where your mouth is.