It was a strange and beautiful trip for Phantom Room, which opened in 2015 inside the former home of Web House and the Mexican restaurant Los Frogs. The bass reverberated throughout the large space that served as a gateway to the St. Mary’s Strip for close to two years before tragedy struck.

On November 16, 2016, an early morning fire ravaged the backroom of the hip-hop bar known for Llorona shots and some of the best twerkin’ around, and put it out of commission for a year.

And while Phantom was closed, the St. Mary’s Strip evolved around it. Ojo, also owned by Danny Delgado and his partners, opened in the former La Bikina on the opposite end of the Strip with a mix of New Wave, cumbia, dance hits, party jams and “babe stuff.” Paper Tiger added its own emo night. The Gallery replaced Hardbodies and now hosts parties put on by the Plastik Collective where alternative queer folk don a mix of glitter and leather during performances that involve the art of the vogue and burlesque. And The Squeezebox hosted unofficial goodbye dance parties for Kawhi Leonard and Tony Parker.

When Phantom Room eventually rose from the ashes exactly a year after the fire, fans returned to pack the venue on weekends. So it was shocking when the bar recently announced it would close with little more than a week’s notice.
And because things move fast on St. Mary’s Strip, San Antonio didn’t have to wait long for the news of what will replace Phantom Room at the corner of Grayson and St. Mary’s Street.

Billed as a honky-tonk bar and venue, Lonesome Rose will aim for an early October opening with owners Andrea Vince, Joey Cano, Miguel Delgado and Danny Delgado still backing the location, and two new faces leading the charge. Hillary Woodhouse, who’s managed The Squeezebox for the past two years, will jump on as a partner. And so will Americana singer/songwriter Garrett T. Capps.

Even as the first venue in at least a decade to bring country music to the downtown area, Lonesome Rose will bring a little something extra, given Capps’ flair for progressive tunes.

“Garrett Capps is a talented throwback to the original outlaw country era. He brings a looser, slightly psychedelic vibe to the redneck swagger, plus he has some pretty good words,” said Hector Saldaña, former Express-News music writer and current Texas music curator at the Witliff Collections at Texas State University.

Danny Delgado’s relationship with Capps stemmed from the latter’s help booking shows at his Southtown bar.

“I met Garrett through the music scene. He was booking shows for us at Lowcountry and bringing in some amazing acts that were traveling through,” Delgado said. “We shared the same interest when it came down to SA needing a honky tonk. My business partner Joey Cano and I had been thinking about it for years.”

Capps, who released his latest album Back in the Shadows (Again) this May, shared an early vision for the space during an interview with the Current last week.

“I’ve been saying for years, like, we need a place that is going to fit the format that this place is going to be – a honky tonk-style place that feels real Texan/San Antonian, with danceable country western music on the regular,” Capps said.

Transforming the bar into a honky-tonk haven will include building a stage in the main room, ditching the DJ booth, expanding the bar and adding a jukebox – “ideally one that can play both CDS and 45 RPM records,” Capps said. A revamp of the backyard is in the cards as well. Programming will lean on monthly regulars, varying from honky tonk to conjunto. 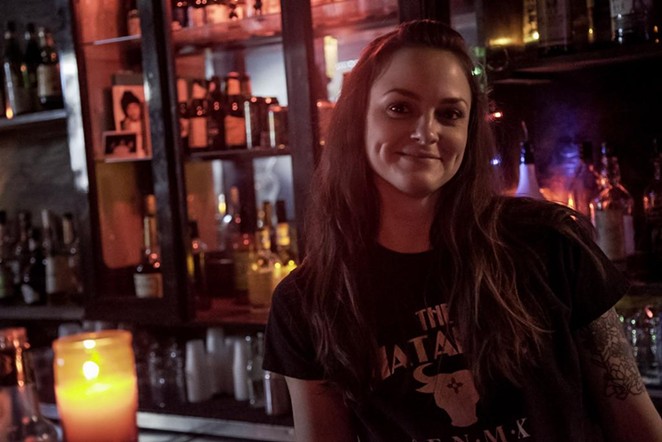 “I think we’ll get some Pearl, the downtown crowd, tourist crowd and the St. Mary’s Strip, so we’re trying to appeal to everybody with things that are easy to execute and won’t take too long, and I imagine we’ll sell lots of beer,” Woodhouse said.

“A lot of beer,” Capps echoed.

For Capps, the venue is a culmination of years trying to host bands from beyond San Antonio and not having a space to do it in.

“There isn’t really a place in town that I’ve been able to host my friends from outside of SA that play like-minded country-western, progressive country … bands that can play 1.5 to 3 hours to a crowd that ideally would be dancing,” Capps said. “We’ve tried places all over town, but there isn’t a regular spot.”

“We’re talking more like classic and alternative-minded as well. That’s where it gets complicated. I don’t play at venues we talked about because we’re a little more punk rock,” Capps said. “Lonesome Rose is a little more open-minded, a little more hip.”