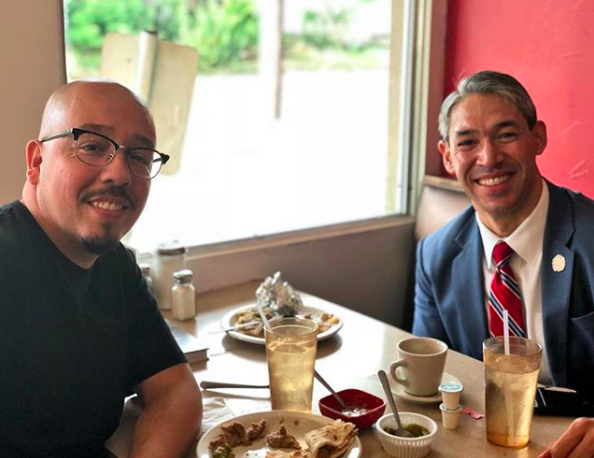 Earlier this week we reported that D Magazine, which serves North Texas, was coming out with a taco issue in which they claim Dallas as "Taco City."

Apparently the folks over at D Magazine weren't all that amused. Editor Tim Rogers responded Friday with a scathing letter to Nirenberg. Rogers talked shit about SA with recent headlines like the Kawhi Leonard drama and the fire at Chacho's & Chalucci's.

Basically nothing that had to do with tacos.

Rogers gave Nirenberg two options to make things right. Either Nirenberg continues keeps talking trash, or he takes an trip to Dallas to see what all the fuss is about. Dallas Mayor Mike Rawlings would accompany Nirenberg on his taco tour across the city. Oh, and so would Jose Ralat, the food expert who wrote the issue's feature article.

"If, after participating in said tour, you still LOL to the notion of Dallas being Taco City... we'll travel to San Antonio on our dime and publish a glowing story about how much we love it," Roger concluded his letter.

Nirenberg, once again, was a savage.