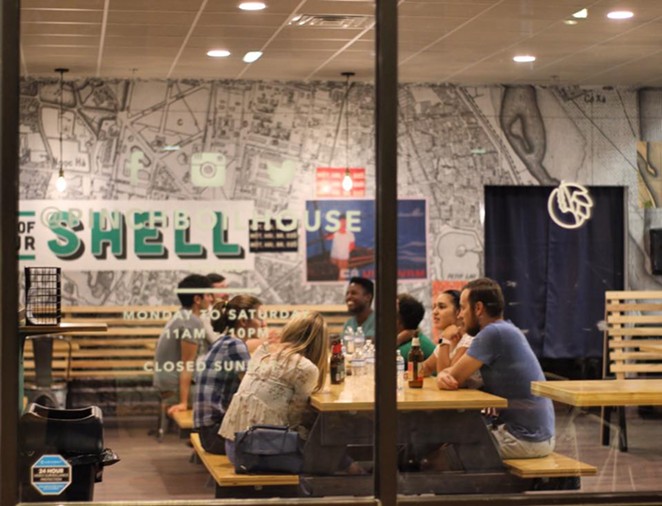 San Antonio's Pinch Boil House and Bia Bar, an informal eatery that stirs up Southeast Asia with the Gulf Coast, will open a second location — this one in Austin.

"Don’t fret, we still plan on being crazy present in the SATX food & bev community, and we definitely have fun things planned in the near future!" the restaurant announced yesterday on its Instagram account. "We aren’t leaving, simply growing — as we are always trying to do!"

Pinch didn't announce an address for the new location, only that it will be somewhere in East Austin. However, CultureMap Austin reports the spot will be the mixed-use Plaza Saltillo development, alongside Dolce Neve Gelato, Tarka India Kitchen and other culinary tenants.

Opening is scheduled for summer of 2019.

Pinch's flagship location opened more than a year ago in downtown S.A., serving up Southeast Asia-inspired street food along with an array of Asian-sauced seafood boils.