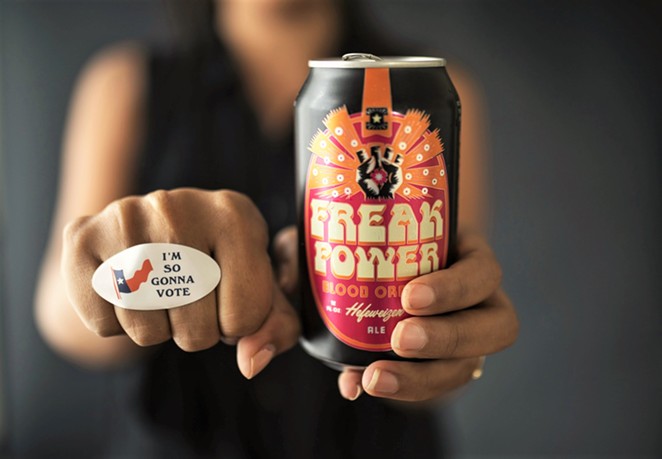 The state of American political discourse inspires many people to drink, but here's a new twist.

Independence Brewing Co. aims to get beer fans to the polls via the debut of Freak Power, its new blood orange and clove hefeweizen available at San Antonio stores through September.

Freak Power — named for the political party that emerged during Hunter S. Thompson's 1970 run for sheriff in Aspen, Colorado — will host free Texas voter registration events in the coming months, starting with one at the Austin brewery on Saturday, June 22. Be aware before you plan a road trip, however, that the debut event will only register Travis County residents.

“Now, more than ever, we need to encourage each other to speak up and enact change,” Amy Cartwright, Independence's cofounder, said in a recent press release. “The 2020 election is a critical moment for our nation and will set the political agenda for the coming years."

Cartwright founded Independence with her husband, Rob, in 2004. The brewery will celebrate its 15th anniversary in October.