The Take Away: SoHill Cafe’s Jean-Francois Poujol Isn’t Content With Being ‘Just OK’ 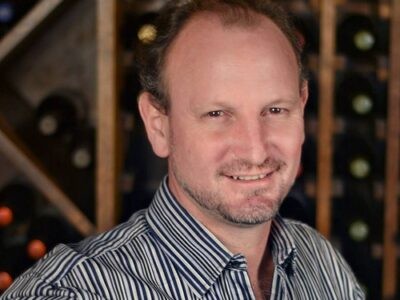 Tell us about your background, and how you got where you are today.
I was 18 when I arrived in California and I needed a job, so I worked in a French restaurant and then a bakery. Nobody in my family was ever in the food industry, but it was just in front of me and I was good at it. I really liked the environment and stuck with it. By 21, I was manager of a local shop.

I worked my way into hospitality and was co-managing a five-star Beverly Hills hotel when 9/11 [hit the nation and hotel industry] in 2001. Fortunately, I was recruited to work in San Antonio, and within two weeks I was hired at La Mansion del Rio. It was easy for me to relocate to San Antonio, and I’m glad I did.

I stepped away from hotels in 2007 and opened Soleil Bistro & Wine Bar, before opening Le Midi downtown, which closed in 2011 but it was a platform for local bartender Jeret Peña. I eventually opened Tost Bistro, which became the granddaddy of brunch in San Antonio, and sold it in 2012. I took over Tribeca Restaurant in 2013 and sold it in 2017, before I opened SoHill Café, bringing incredible pizzas to the Beacon Hill area, in 2018.

What inspires you to continue working in restaurants?
A chef once told me that to be great there is one rule: you never compromise. I never compromise with the idea that there’s always a way to create something great. I’m not content with being just OK. I’m always wanting to do better.
I love what I do. I love speaking with customers and introducing them to new things. Sharing my culture with people is rewarding. There are always long hours but this — running restaurants — is my passion.

What do you wish more people understood about good service?
I wish people would pay more attention to the quality of service rather than focus on the attentions of their server. A nice server doesn’t equal good service. Servers should help [customers] make the right decision, food- and drink-wise, and should be more knowledgeable than the customer. Like a sommelier, professional service is an art.

What’s next for you?
I’m working on a new concept called Julia’s, which will open next door to SoHill Café. It’s a casual French bistro that focuses on good, fun food. I think San Antonio is moving very fast, and it’s time for the city to have a group of chefs that can really put a spotlight on Texas. The creativity of our food will be a big factor. We’re hoping to use our unique relationship to Mexican and Tex-Mex cultures to create food that is accessible and fun but different enough for people to talk about.