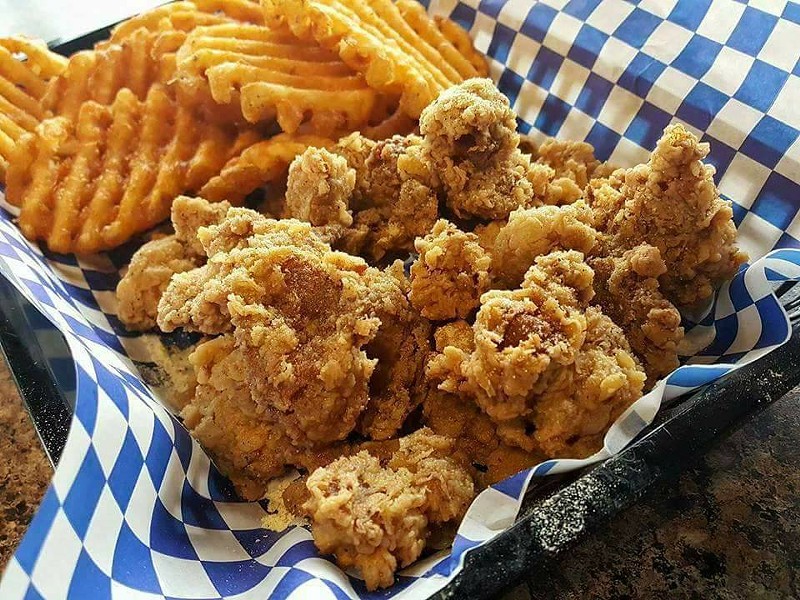 The Rolling Rooster, an Austin-area sports bar best-known for their chicken and red velvet waffles, is expected to open its first San Antonio location on Friday, Nov. 8.

It's not easy to find an abundance great chicken-and-waffle restaurants in San Antonio, but that's expected to change with the new Rolling Rooster, said Torry Sledge, branch manager of The Rolling Rooster- Stone Oak.

"We are a black-owned business, and to be able to have a place in Stone Oak [with] representation of a business like ours is exciting," Sledge told the Current. "Stone Oak is a spot where I think people would appreciate having something outside the norm; our food is impeccable."

In addition to chicken and waffles, the Rolling Rooster will offer a full bar and Southern classics like oxtail, mac and cheese and waffle fries.

The Rolling Rooster began as a food truck in 2015 and has since grown to include three Austin-area brick-and-mortars.

Locals can follow the new business via Facebook for updates and changes, and can expect to see promotions and prize giveaways leading up to the restaurant's grand opening.

Editor's Note: The article has since been corrected to reflect Sledge's position as branch manager.