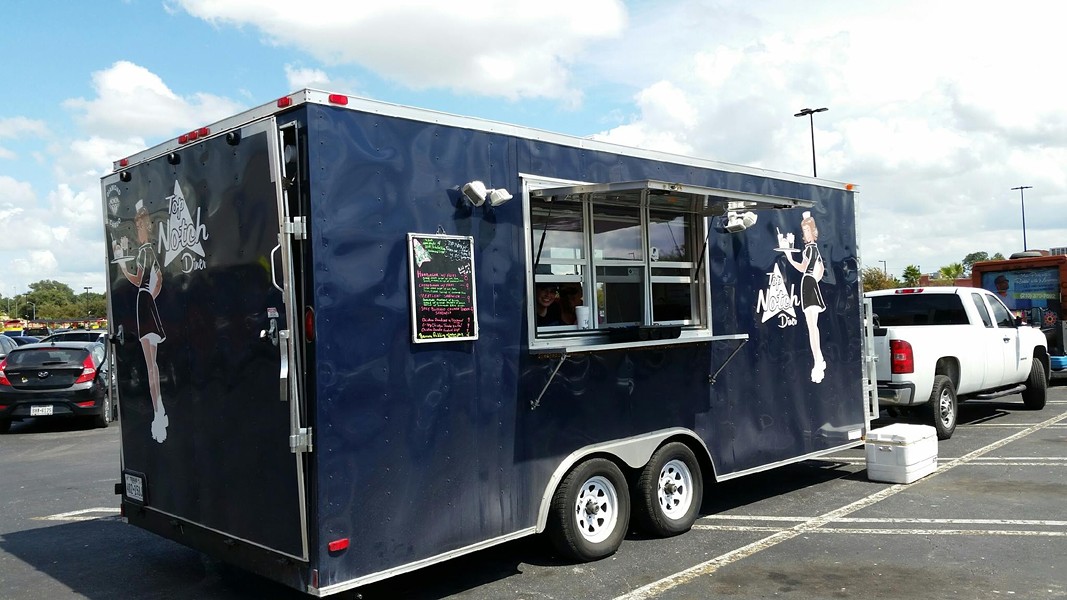 Thanks to the help of the San Antonio Food Truck Association and some eagle-eyed fans, Seguin-based food trailer Top Notch Food Diner was rescued from an ill-fated joyride Tuesday, KSAT reports.

Within an hour of the missing trailer’s photo being posted to SAFTA's Facebook page with a plea for help, Top Notch owner Becky Preiss was bombarded with calls and texts from customers who'd seen her missing property.

“Everyone started sharing it, and I can’t be more thankful because they were spreading the word quickly,” Preiss told KSAT. “I was getting calls and texts from customers who saw my trailer. That is how I knew exactly where my trailer was, because the community was sharing pictures of it on the highway.”

Seguin Police Chief Terry Nichols told the station the department got a call from a citizen following the stolen trailer.

“Officers did a traffic stop, and the driver complied, but the passenger jumped in the driver’s seat and took off,” he said.

The alleged culprits had attached the trailer to a stolen truck that did not posses the towing power necessary for such a large trailer, authorities say.

“I can tell where they kept pulling over to unload some things because the truck they were driving couldn’t pull the weight,” Preiss continued. “My ice chest and all of my expensive drinks are missing. My food and my freezer door are missing. My equipment is unattached and unbolted.”

“This is just a great representation of a citizen looking out for another citizen," he said.

Preiss, meanwhile, told the station she plans to fix up the trailer and reopen.