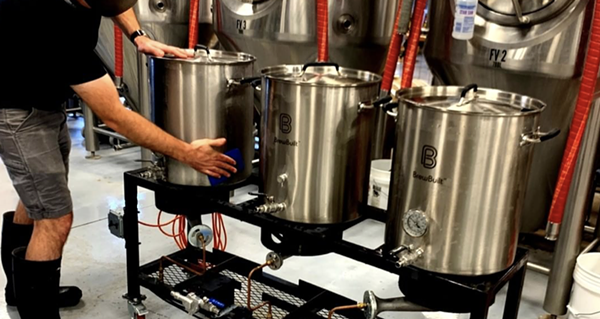 On April 15, Roadmap Brewing Co. kicked off a month-long raffle to benefit the San Antonio Food Bank. The grand prize: its original 15-gallon brew system, which includes almost anything an avid home enthusiast would need to start cranking out tasty suds.

Over the weekend, Roadmap announced its raffle prize winners and proceeds for the Food Bank that were worth several times the $2,000 value of the system it gave away.

“We had 9 other breweries, 232 people and 1302 entries that made it possible to raise $13,460 for @SAFoodBank,” Roadmap Brewing announced on Instagram.

Other local breweries including Back Unturned, Kunstler, Southerleigh and Islla Street caught wind of the effort and joined in, offering wares of their own to drive more interest in the fundraiser.

Eleven days into the campaign, the brewery also announced on social media that “a member of the Roadmap Family” had offered to match up to $5,000 its donation.