In light of the outcry over the death of George Floyd, San Antonio’s Weathered Souls Brewing Co. is inviting brewers nationwide to participate in its new awareness-raising Black is Beautiful campaign.

The program aims to foster inclusion and raise awareness of social and racial injustice through collaboration with other U.S. craft breweries. Weathered Souls, a Black-owned business, is sharing its base imperial stout recipe and encouraging others to give it their own unique spin.

“I’m a Black business owner and someone who has experienced police abuse,” Weathered Souls founder and head brewer Marcus Baskerville told the Current. “This experience happened in my early 20s, but that stuff lingers with you. Interactions with law enforcement change after an experience like that.” 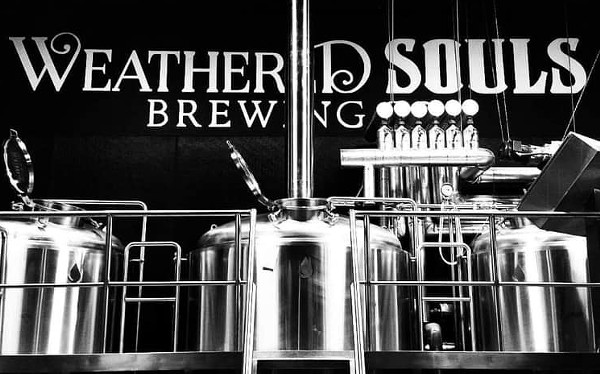 Imperial stout — among the most popular styles with U.S. craft brewers — is characterized by a high alcohol content, usually over 9%, and a color palette that ranges from chocolate brown to almost black. Its color and flavor possibilities led Baskerville to select the style for the collaboration.

Baskerville plans a July release for Black is Beautiful, and he’s received interest from nearly 80 breweries via text invitations and inquiries through an online participation portal.

“The brewing industry is pretty eclectic, with all kinds of different people in it,” he said. “Why wouldn’t this community be one to join together to support a message of equality and purpose to support the concept of general respect for everybody?"

Initially, Black is Beautiful began as a concept Baskerville wanted to brew and offer at the San Antonio brewery as a limited release. However, a fellow brewer urged him to think bigger.

“I was texting Jeffrey Stuffings from Jester King [Brewery, just outside of Austin] about it, and he challenged me to release Black is Beautiful as a collaboration,” Baskerville said. “I’ve texted everyone we’ve previously collaborated with, and the overall interest has been pretty positive.”