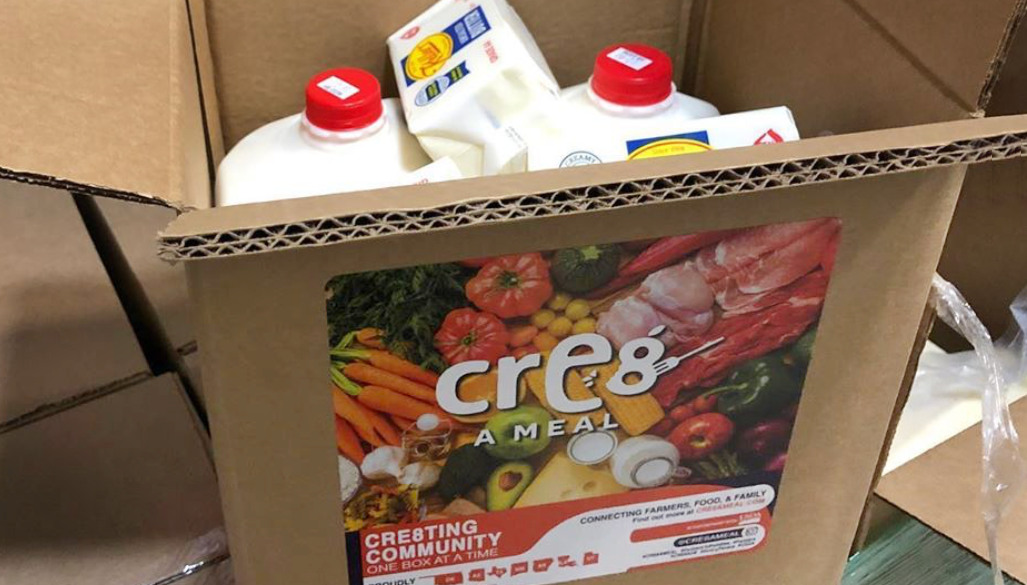 Under a $39 million contract through the US Department of Agriculture’s Farms to Families Food Box Program, CRE8AD8 was required to deliver 750,000 boxes of food by a Tuesday deadline.

However, San Antonio Food Bank CEO Eric Cooper told the station that out of the 57 truckloads of food the company was expected to deliver, it only came up with 22.

“They were not able to deliver, so we've had to make other plans ... We’ve procured food on our own," Cooper said.

The Current requested comment from Crea8ameal — the arm of CRE8AD8 formed to execute the USDA contract — via Facebook. After demanding to see the reporter’s media credentials so the company could hold “all media accountable for ... non-factual accusations,” Cre8ameal went on to say the paper should investigate the San Antonio Food Bank instead.

“Please show us where they were supposed to get 57 trucks,” the Facebook message said. “We will be happy to address your questions if you can provide the proof of accusations.”

The note also accused the San Antonio Food Bank of making “false and salacious accusations without merit,” adding Cre8ameal has “never made any promises, written or verbally; to any non-profit.”

He argued that the Food Bank “literally demanded quantities and demanded that we only serve the the Food Bank network.” He said the organization was uninterested in providing food to other nonprofits and schools.

The statement to the TV station also said CRE8AD8 served “hundreds of thousands if not millions of hungry people” and that the San Antonio and Houston Food Banks' reports of not receiving food weren't indicative of the overall success of the program.

The excuses from Palomino seemed to do little to allay the concerns of U.S. Rep. Lloyd Doggett, D-San Antonio, who's been critical of the White House's lax oversight of the USDA contracts.

“This failure to meet hungry neighbors’ needs is not caused just by an ill-equipped vendor, but mostly by an indifferent and incompetent Trump Administration," Doggett said in an email to the Current. "Approving $39 million in taxpayer funds to a wedding planner without an adequate background check while rejecting other well qualified local minority contractors is all too typical of this administration, which has yet to explain why it failed to cancel the contract as I urged in May."

He added: "Not only have the tireless folks at the San Antonio Food Bank been left without food for the needy, but they have been burdened with additional costs for transporting back to their facilities what little food they were provided.”

“This is not the time for experimentation with distributors who have no experience in the industry," he said in an emailed statement. "CRE8AD8's list for why folks did not receive food reads like someone who was in no way involved, let alone solely responsible. The pandemic and recession aren't showing signs of slowing down, and San Antonians need food and supplies now.”