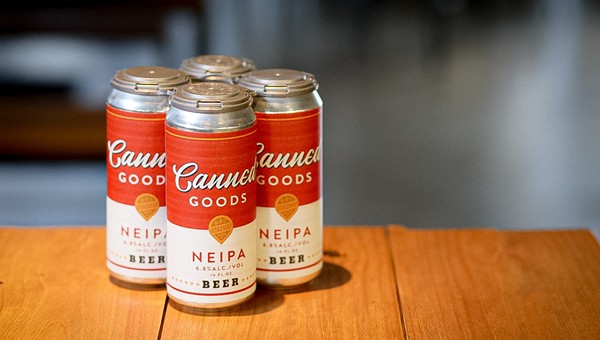 Following a successful May event that raised more than $13,000 for the San Antonio Food Bank, the Roadmap Brewing team is at it again.

On Wednesday, the crew will release a 6.8% ABV New England-style IPA called Canned Goods and donate 100% of the profits from the sale of the special release to the SA Food Bank.

“Back in May, we thought we’d sell our old system and raise $1,000, and that’d be it,” Roadmap co-owner and brewer Dustin Baker told the Current. “But with the involvement of nine other breweries, we ultimately raised $13,000. It was during that time that BSG [Craft Brewing] reached out to us and wanted to know how they could get involved.”

BSG is a Minnesota-based company that supplies craft breweries nationwide with hops, malt, yeast and other ingredients. Canned Goods is made exclusively with BSG products, all donated to Roadmap to support the cause.

“One of the hops we used is a New Zealand hop, which is an experimental hop,” Baker said. “It was really cool to be able to use an ingredient that we don’t normally get to work with in support of this organization.”

Canned Goods will be available for online purchase from Roadmap Brewing's website at 9 a.m. Wednesday. Four-packs of the special brew run $18, but interested quaffers will need to act fast. Roadmap only brewed 300 packs.