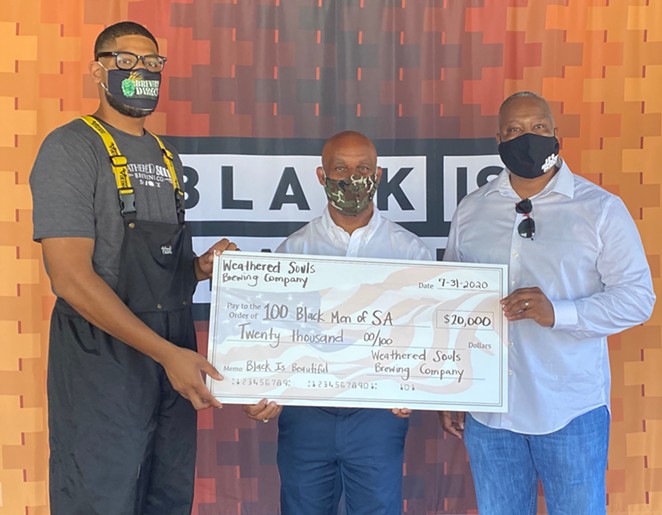 As part of its Black Is Beautiful campaign for social reform, San Antonio's Weathered Souls Brewing Co. has donated $20,000 to the local chapter of 100 Black Men of America.

100 Black Men of America is a national organization that provides educational opportunities for African-Americans so they can overcome cultural and financial obstacles.

“I was in a very similar program growing up,” Weathered Souls founder Marcus Baskerville told KENS5 in an interview last week. “So [the mission of 100 Black Men of America] resonates with me.”

The contribution was the largest in a series of donations made possible via the craft brewer's Black Is Beautiful campaign. Through the campaign, beer makers partner with Weathered Souls to produce versions of a stout that raises money for social justice groups.

Jagermeister donated $5,000 to 100 Black Men of San Antonio on behalf of the campaign, and through Black Is Beautiful custom apparel purveyor Custom Ink donated nearly $5,000 to Colin Kaepernick’s Know Your Rights Camp.

The initiative has drawn global attention since its launch in June, reaching England, Vietnam and Japan, among other far-flung places.