As the Pandemic Wears on, Texas Craft Brewers Question How Long They Can Survive 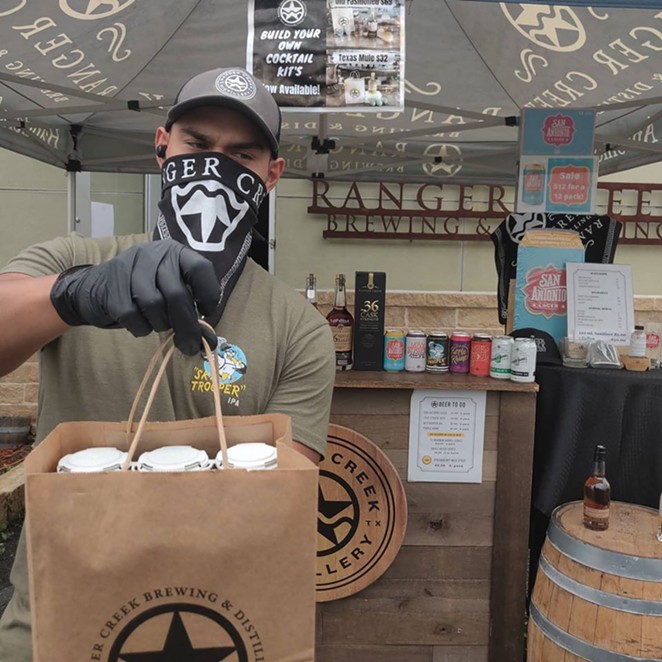 Between unclear and ever-changing state rules, nationwide supply issues and a lack of government relief, Texas craft breweries are struggling to survive the COVID-19 crisis.

Faced with those hurdles, two out of three Texas breweries don’t believe they’ll make it to 2021, according to a recent survey by the Texas Craft Brewers Guild.

And that’s not just a problem for ale enthusiasts but for the state’s economy, according to the Brewers Association. The national trade group has tallied 341 craft breweries in Texas, or two breweries for every 100,000 beer-drinking-age adults. Those businesses account for an annual economic impact of $5 billion.

With COVID-19 infections still surging across the state and a recent poll showing that nearly two-thirds of Texans disapprove of Gov. Greg Abbott’s handling of the pandemic, local brewers say they don’t think that will change in the near term.

“There’s just a general sense of confusion around legislation and enforcement,” said Dustin Baker, co-owner and brewer at San Antonio’s Roadmap Brewing Co. “I don’t necessarily blame TABC entirely, because they’re in a difficult position: trying to interpret rules and regulations that have never before existed.”

In late July, the downtown brewery alerted Facebook fans of a recently discovered “loophole” in its license which should, theoretically, allow guests to order to-go beers and imbibe at the tables next to its building. Less than 24 hours later, the TABC came a-knockin’ and told Roadmap staff in no uncertain terms not to allow guests at the tables.

Roadmap’s attorneys still contend that their interpretation of the licenses provided by the city of San Antonio is correct, but Baker’s choosing his battles.

“We’re at a point where we simply don’t have the resources to fight it,” he said. “It’s difficult to spend time and money to figure out how to open just a portion of your building.”

Roadmap is one of many Texas breweries that built a business around a taproom and never added a kitchen. In light of recent regulations, that decision is working against them.

On July 30, the TABC issued an amendment to Abbott’s order that shuttered establishments whose alcohol sales make up 51% or more of total sales. Under the adjustment, Texas bars that have kitchens and can prove their business has recently been operating at less than 51% alcohol sales can reopen as restaurants.

“If you don’t have a kitchen, you’re screwed,” said Tim Castaneda, co-owner and brewer at San Antonio’s Black Laboratory Brewing said, summing it up. “That’s really hurting us. It’s frustrating that you can sit down at the restaurant next door and have a beer, but you can’t come have a beer in our taproom.”

Black Laboratory opened in San Antonio’s Dignowity Hill neighborhood on March 27 — 21 days after Texas’ first confirmed coronavirus case. Since the business was so new, it didn’t qualify for city or federal relief funds.

However, Black Laboratory did qualify for a Small Business Administration loan, which has helped it stay afloat.

Castaneda said his business was lucky enough to have crowler-filling equipment on-site plus a stockpile of aluminum cans for takeout customers. But — and here’s where the hits keep coming — a nationwide aluminum shortage means Black Laboratory may have to make some big decisions come November when its stock runs out.

“We can do growler fills, and that may be something we look into if the canning situation escalates,” Castaneda said. “But I have a degree in microbiology, so I’m super conscious of cross-contamination and really can’t take that chance.”

Yes, you read that right: on top of everything else, brewers are contending with a nationwide aluminum shortage.

At the end of July, the Brewer’s Association reported that aluminum can manufacturers were operating at 100% capacity with no efficient way to increase production. That came as the pandemic-induced shift to at-home drinking steadily increased demand for canned beverages.

“The cans, you know, that can be a major thing,” Castaneda said. “Our whole idea was to be serving out of the taproom. We never planned on serving beer to-go.”

Dennis Rylander, co-founder of Ranger Creek Brewing and Distilling, is also starting to worry about the aluminum shortage.

“We’ve only seen the beginnings of it so far,” he said. “All of our beers are in cans, so we’re impacted by large changes there. … We saw close to a 20% increase in can pricing, and very increased lead times.”

As a combined brewery-distillery, Ranger Creek faces issues on both sides of the state’s 51% guideline. The brewstillery can sell limited amounts to bars and restaurants and gets by with merchandise and virtual whiskey-tasting packages. But Rylander says it’s not enough.

“Our broader plea has been, obviously, for [the governor] to see that we take this very seriously,” he said. “When we are allowed to operate, we implement all of the safety precautions — if not more — than you’d see at a bar or restaurant.”

Ryland and other San Antonio brewers say they want the same thing from the state: to be allowed to reopen with the same limitations as restaurants. When Abbott closed bars, brewery taprooms and wineries for the second time on June 26, he dealt yet another blow to an already decimated industry.

Abbott justified the closure, by arguing that people ignoring social distancing in bars had led to a spike in COVID-19 cases.

“The idea that people are safer because a restaurant serves food … obviously, we believe that to be false,” Roadmap’s Baker said. “We’re not looking for special circumstances, we just want to even the playing field and operate like other places that are being allowed to serve alcohol safely [on-site].”

Economist Watson’s research shows that states that have allowed brewers to deliver their wares directly to consumers have shown a sales rebound during the pandemic. However, that can’t happen in Texas under current rules, which prevent brewers from selling beers directly except in their on-premise taprooms.

“Direct-to-consumer shipping would be extremely helpful,” Ranger Creek’s Rylander said. “Other states have removed the limitations on direct sales, making it so that a brewery or distillery can direct deliver. That would benefit us greatly.”

A direct-sales precedent has already been set in the Lone Star State, local brewers argue.

In March, Abbott implemented a rule change allowing Texas restaurants to sell beer and other types of alcohol via takeout and delivery. Brewers say they don’t understand why that rule can’t be widened to include them.

These homegrown businesses have been forced to reimagine their business models multiple times as the craft brewing industry evolved. Now, many worry that without regulatory help for the state, COVID-19 could shut off their taps for good.

“It’s tragic, because [the pandemic] is an event that’s impossible to forecast,” Watson said. “It’s a case where breweries can — and have — done everything right, and they still just can’t get through it.”