Prepare your hole, McDonald’s is giving away its new spicy McNuggets this weekend 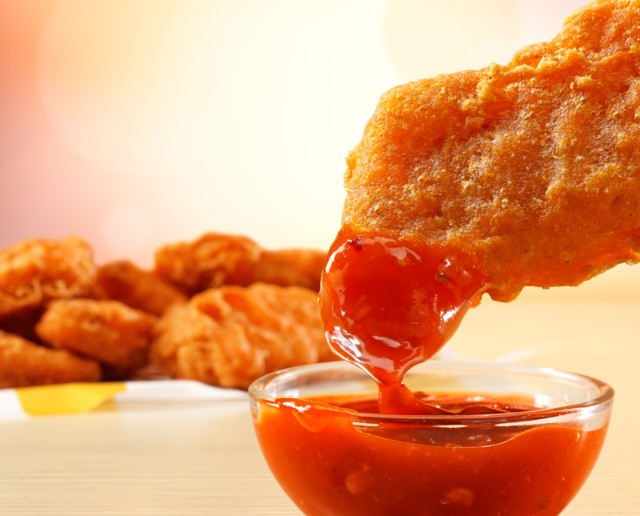 You probably respect your intestinal tract, so you probably don’t know that McDonald’s now has spicy McNuggets (even this writer, whose eating habits resemble those of a trash panda, had no clue).

Well, the fast-food chain wants you to be very aware of the first flavor change since the classic McNugget debuted in 1983, so it’s giving any living person a six-piece for free on Sunday, Sept. 20 — but only if they utilize the McDonald's App Mobile Order & Pay option. A press release says, “There is no purchase necessary” and that the offer “is redeemable at all area restaurants."

And if you order $20 worth of food via McDelivery on Uber Eats from September 22-28, then you’ll get a free 10-piece of the spicy McNuggets. I will also never publicly admit to eating $20 worh of McDonald's, but I heard it's been done before.

Deadspin alum Drew Magary put his butthole through the ringer on the day the nuggs — which Mickey D’s says are “breaded in a crispy coating, flavorfully spiced with a blend of aged cayenne and chili pepper”— dropped. Magary says the sauce the spicy nuggs come with is “fucking terrible,” but reports that the spicy McNuggets left a kick that “lingers on the back of your tongue, the way appropriately spicy food should.” He said he got sweatier with each nugg down the hatch.

Magary’s 8-year-old said he liked the spicy McNuggets better than the OG, but the writer disagreed. Still, Magary thinks you should “make the pilgrimage as I did,” and “get ‘em while they’re hot, literally.”