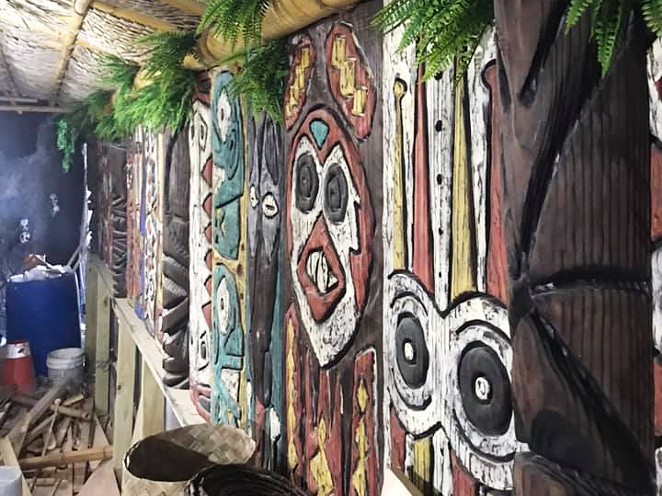 Named for Robert H. H. Hugman, the architect responsible for the creation of San Antonio's River Walk, the bar will occupy the building's river level. The restaurant, focused on Vietnamese homestyle cooking, will be located at street level.

Hugman's Oasis and House of Má were designed by San Antonio's Giles Design Bureau, which brought in tiki aesthetics guru “Bamboo Ben” Bassham to assist with the bar. Bassham has worked on renowned tropical-drink spots including Frankie’s Tiki Room in Las Vegas and Luau in Beverly Hills.

Louis Singh and Eric Treviño, the same team behind Singh's Vietnamese in San Antonio, developed the concept for House of Má, whose menu will include items such as hủ tiếu (Cambodian noodle soup) and phở gà (chicken pho). Small plates such as candied-jalapeño Rangoons and yakitori skewers also will be available in Hugman's.

San Antonio craft-cocktail pioneer Jeret Peña, owner of the Boulevardier Group and beverage director for the Esquire, is overseeing the beverage side of both the bar and the restaurant.

“This tiki concept at Hugman’s is something we’re really looking forward to doing here,” Peña said. “We’re pairing craft cocktails with a relaxed atmosphere, and it’s something that feels intrinsically ‘San Antonio.’”

Hugman's bar menu will feature drinks such as the Bermuda Triangle, a tropical rum-based sipper, and a Piñagroni, a pineapple take on a traditional Negroni. House of Má will feature separate libations including the Old Siam and Soi Cowboy.

The owners plan to announce an opening date and full menus for the restaurant and bar in coming weeks.