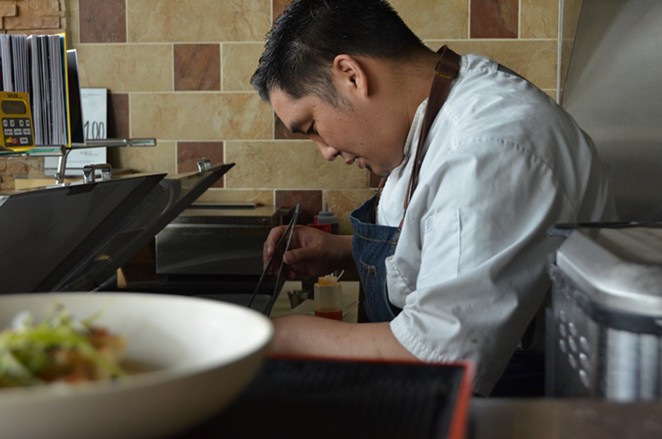 After appearing on CNN for the fourth time since the onset of the COVID-19 pandemic, Noodle Tree owner Mike Nguyen is getting blowback for speaking out against Gov. Greg Abbott’s decision to completely reopen Texas.

The restauranteur said he's now awash in criticism on social media — and even death threats.

“When you make a statement like that, you know you’re signing up to receive backlash,” Nguyen told the Current. “But it’s true: the Governor’s decision has divided us.”

During the Wednesday morning CNN appearance, Nguyen spoke with Poppy Harlow and Jim Sciutto about Abbott’s decision, calling it “selfish” and “cowardly.” He spoke about the difficulty small business owners face as they deal with the floundering economy and enforcing COVID-19 restrictions.

“At a time where we need him to be a leader, he's not being a leader,” Nguyen said in the broadcast. “A leader needs to lead, and he's basically saying, 'You know what, we're going to leave the decision on y'all, because if something goes wrong, it’s going to be on y’all. It has nothing to do with me.’”

Texas Gov. Abbott’s decision to lift the mask mandate is “selfish,” says Mike Nguyen, the owner of a restaurant in San Antonio who is battling cancer.

“Dropping the mask mandate will not help the economy, will not help us open. And a lot of us feel he's putting…us in danger.” pic.twitter.com/wDWDPtH9a4

The California native said he's received negative reviews on Yelp and Facebook following his CNN Newsroom appearance as well as numerous threatening messages via Twitter, Google Business and Instagram. A quick search for the business on Yelp shows several new one-star reviews that have nothing to do with the food.

“Would visit, but owner let's [sic] politics rule his choices. I can't trust his food to be good because he spends to much time on TV knocking down our leaders,” Yelper Robert P. said in a one-star review posted Wednesday. “He's supposed to be there to cook, not share his unconstitutional opinions.”

Despite the barrage of vitriol, Nguyen says he’s willing to have conversations with those who hold contrasting views.

“We can have differing opinions, you know. That’s America,” he said. “I really do want to try to understand other people’s points of view, but everything that we’ve done [at the restaurant] works for us. None of my staff, including myself, has tested positive for COVID, and I’m so thankful for that. That’s how I know the precautions we’re taking work. So we’re not changing that.”

Nguyen drew worldwide support for refusing to open his restaurant dining room last May, despite a premature green light from Abbott. The chef is currently fighting his second bout with lymphoma, a cancer that begins in infection-fighting cells of the immune system.

Noodle Tree, located at 7114 UTSA Blvd., will continue to require masks and will operate at 75% capacity.