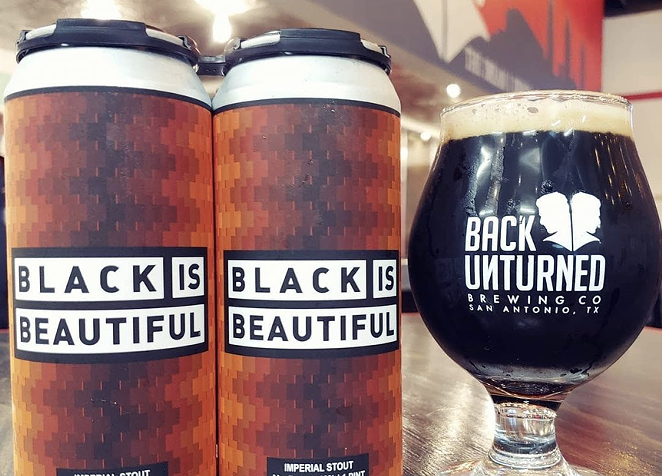 San Antonio's Back Unturned Brewery and Weathered Souls Brewing Co. appear to have resolved a social media row that erupted last week over questions about how one planned to use charitable funds.

The drama unfolded when social media users accused downtown's Back Unturned of paying proceeds from its charitable Black Is Beautiful ale to the brewery owner's personal trainer, who's happens to be Black.

The Black Is Beautiful campaign, created by Weathered Souls, allows other breweries to augment one of its recipes and sell the brew to raise money for racial equality organizations.

During last week's dustup, Back Unturned owner Ricardo Garcia blocked the creator of Black Is Beautiful — Weathered Souls Brewing Co.’s Marcus Baskerville — on social media. He also did the same to others who asked him to clear up how he used the funds.

This Friday, however, Garcia posted a public apology and explanation via the Back Unturned Facebook page, saying that, after a “great meeting,” the breweries will move forward and that 100% of the proceeds from Back Unturned’s charitable beer have since donated to the NAACP.


In the post, Garcia said his staff was unaware of his plans for the Black Is Beautiful funds. As such, he asked that followers not treat his them poorly due to his “transgression.”

A complete list of local breweries participating in Black Is Beautiful is available on the initiative’s website.