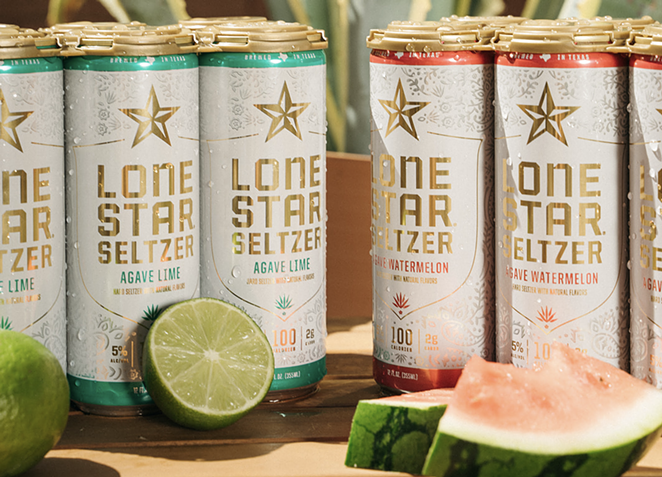 Get ready for yet another set of hard seltzer flavors on liquor store shelves, San Antonio.

The new beverages will be available in Texas stores this month, and they come in two flavors: Agave Lime and Agave Watermelon. According to tasting notes from the brewer, Agave Lime has a light, natural citrus twang, while the Agave Watermelon seltzer features the sweetness of watermelon.

Both flavors of Agave Seltzer — which weigh in at 100 calories per can — will be available for purchase in six-packs of 12-ounce cans. The Agave Lime flavor will also available in a 19.2-ounce single-serve cans.

If you're a seltzer head who just can't wait to sample every fizzy libation that hits the market, Lone Star has created a seltzer-finding tool to make your search that much easier. Expect to see the new drink on the shelves of big retailers such as Walmart and H-E-B in May.