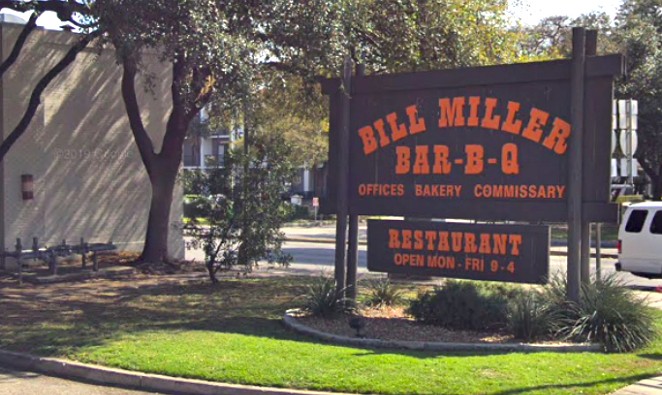 The Bill Miller Bar-B-Q Enterprises chain received city approval Thursday to move its headquarters out of downtown, where it's resided for 50 years, and into new digs on the far West Side.

The chain's headquarters and main kitchen have been located at South Santa Rosa Street and East Ceasar Chavez Boulevard since 1971.

Bill Miller originally purchased land for the site at $380,000, according to online news site the San Antonio Report. Today, the land and buildings are valued at $7.6 million.

The Miller family and their representatives weren't present at the council meeting to discuss details about the new headquarters.

However, plans filed with the state show the business will construct a 335,000-square-foot, two-story building with an estimated $60 million price tag, according to the San Antonio Report. The new structure will sit across the road from the San Antonio Food Bank.

The City of San Antonio purchased the 435-acre property the new headquarters will sit on in 1999 as part of a legal settlement.