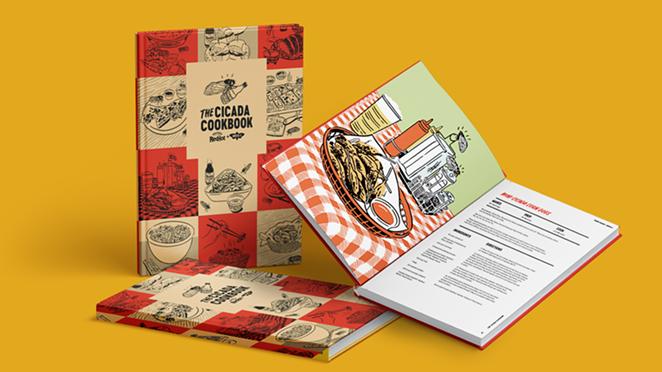 When spicy buffalo sauce brand Frank’s RedHot first implored adventurous eaters to “put that $#!t on everything,” we’re not sure noisy summertime cicadas is what they meant.

The recipes were inspired by the emergence of Brood X cicadas across the eastern U.S., which spend 17 years burrowed underground, then tunnel to the surface as spring temperatures warm up to molt, mate and die.

Or get skewered and used as a Bloody Mary garnish, if Frank’s has anything to say about it.

The cookbook features cheeky — though sometimes a tad barbaric — illustrations, as well as recipes that are, on the whole, pretty solid. For instance, a home cook could easily omit the roasted cicadas from the book's Buffalo Bug Dip recipe for an easy and approachable snack that’s worthy of a poolside hangout.

If you’re feeling adventurous and want to add bugs to your diet, though, we wouldn’t suggest using the generally grey and tan species that descend — or rather, ascend — upon the Lone Star State every summer.