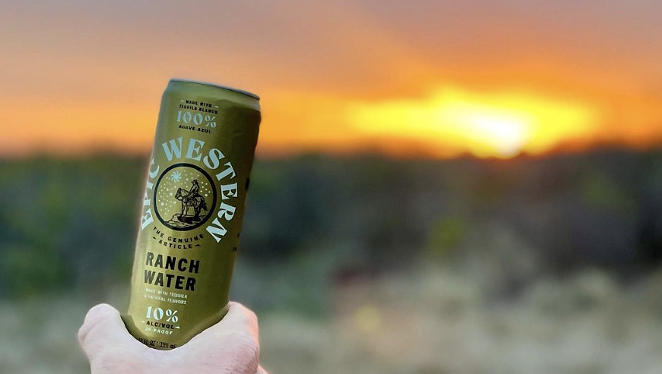 A San Antonio-based startup is diving into the already crowded ready-to-drink cocktail market with the launch of a canned ranch water, a highball traditionally made with fizzy water, lime and Tequila.

This summer, Epic Western Cocktail Co. — founded by Texas entrepreneurs Royce Itschner, Adam Love and Dub Sutherland — will launch the first product in a line it says will become an "emerging cocktail brand."

You could say Texas-made canned ranch water is having a moment. Brands such as Lone River Ranch (West Texas), Ranch Rider Spirits (Austin) and RancH20 (Dallas) already commanding store shelves with their variations on the beverage.

Epic Western's product, however, purports to be a "true cocktail-in-a-can." According to a press release, each 12-ounce serving contains “[two] shots of 100% Blue Agave Tequila, certified Mexican Mineral Water, sea salt and real lime flavor.” The product is will pack a whollop at 10% ABV — quite a bit boozier than its predecessors mentioned above, whose ABVs range from 4-7%.

The cocktail is distilled, canned and packaged at a 116-year-old family-owned distillery in Arandas, Jalisco, Mexico, before it's imported into the United States. According to the company, this process is the only way that the new ready-to-drink cocktail can contain 100% Blue Agave Tequila, rather than malt liquor or mixto, a low-cost substitute for premium tequila. 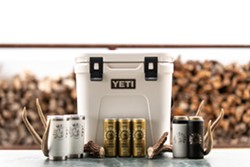 Potentially, bringing Epic Western some additional marketing juice is a partnership with Yeti Capital, an organization comprised of the founders of the popular Yeti Coolers brand. While details of that partnership are unclear, enthusiasts of tequila drinks and insulated cups can expect to see Epic Western's canned Ranch Water on liquor store shelves in the coming months.