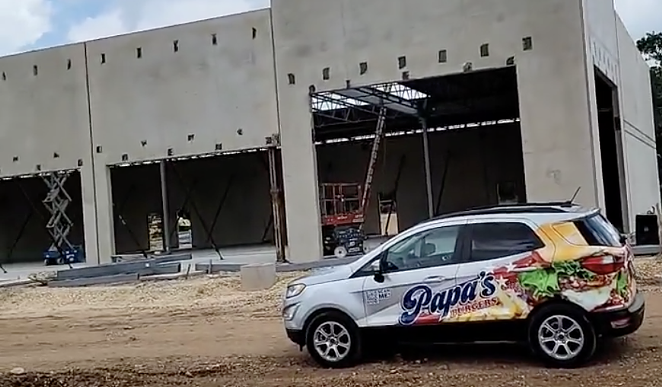 San Antonio-based Papa’s Burgers is getting in on the growth in the city's booming burger scene.

Robert Walker, owner of two existing Papa’s Burgers locations, shared a first look via Facebook of a new space the nationally-acclaimed burger chain is building on the far North Side. The spot will be its first to offer a drive-thru window.

“If somebody had told me that this was going to happen several years ago, I probably wouldn’t have believed it,” Walker said in a Facebook Live segment on Thursday. “You made it all possible. … We are excited to see what’s going to happen, and with Papa’s Burgers opening up the first drive-thru, and the first concept out here, I think it’s going to be absolutely incredible.”


Once named Best Burger in Texas by website Eat This, Not That, Papa’s was forced to close its original West Side location in late 2020 after the landlord didn’t renew its lease. Walker opened a Papa’s on San Pedro Avenue last April, then followed that earlier this year with a West Side spot a half mile from his original digs.

Walker expects construction on the far North location, near Stone Oak and Encino Ranch, to be completed in early 2022.