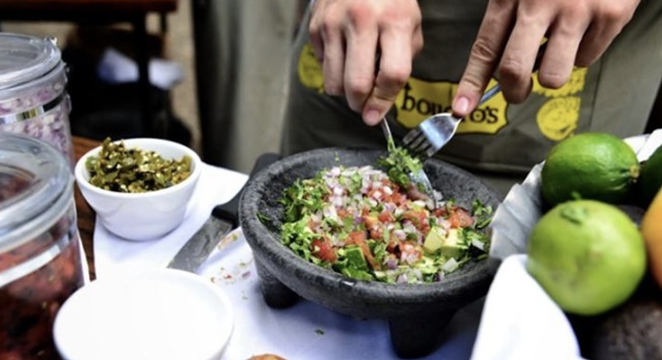 More than 18,000 restaurants across Texas applied for the federal dollars, which were intended to offset pandemic-related losses. The fund ran out of money just a month after the application process began.

The SBA received more than 250,000 applications by early May, according to the Los Angeles Times. At that time, the need added up to about $65 billion — double the amount in the fund.

What's more, the New York Times reports that while some 370,000 business owners applied for grants, only 105,000 were approved. Grant amounts nationwide averaged slightly more than $272,000 per restaurant.

The largest grant awarded in San Antonio was well over the national average.

According to the database, the SBA awarded $4,362,338 to Cajun Riverport Inc., which lists 421 E. Commerce St. as its address. Boudro's Texas Bistro on the River Walk occupies that space.

Bohanan’s, Dough Pizzeria Napoletana and Casa Rio Mexican Foods are among the other local businesses that received grants of more than $2 million. The database lists mom-and-pop operators as well as franchisees and corporate chains.