After four seasons as the character Fernando Sucre on the international hit show Prison Break, actor Amaury Nolasco is ready to move on with his career. Well, almost. 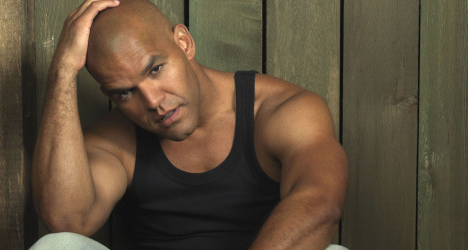 Nolasco, who is of Puerto Rican descent, will play Sucre once more in the TV movie Prison Break: The Final Break, which will air July 21 on Fox. The movie will also be released that same day on DVD and Blu-ray.

If you're a Prison Break fan who saw the series finale in May, then you know Michael Scofield (Wentworth Miller), the main protagonist on the show, met his fate in the final episode. Prison Break: The Final Break is set up to fill in the four years leading up to Michael's death, which are not explained in the finale.

During an interview with me, Nolasco, 38, talked about what he's heard from fans since Prison Break ended in May and why he thinks his character was spared by writers for the entire series.

A lot of people have told me that they cried. It was an emotional ending. You always have a fear that fans are going to say, “What the fuck? That's not the way we wanted it to end!” I think there were angry fans because those fans didn't want the show to end. I don't think they were angry at the way it ended. I think they just wanted it to keep going, which is always very flattering.

Have you seen the petition online? Fans are already petitioning for Fox to bring the show back.

Shut up! Really? (Laughs) I doubt we'll come back. The show really had to come to an end. When do you say enough is enough? How many prisons are we going to escape from? I would love to tell you, “Yeah, let's go for another year. Let's get another check,” but when it starts becoming about the money it's not fun anymore. This was a show that was groundbreaking. It was a show that kept reinventing itself. It's a show that I will always be proud of.

Was Prison Break: The Final Break always something producers had in mind?

They always had it in mind to do this special just to explain what happened. It's funny because I always hear people say that Prison Break got cancelled. We didn't get cancelled. The show came to an end. It was going to come to an end no matter what.

All this time we've been watching Sucre and hoping he would someday reunite with his girlfriend. Now, it's finally happened. Why do you think your character was spared by the writers after four seasons?

I ask myself that question everyday. I got stabbed. I got shot. I got beat up by men and women. But there was always this bond between Michael and Sucre that people fell in love with. It was this brotherhood that they had. Sucre was one of those characters that you wanted to root for. I honestly am very blessed that they writers saw what the fans wanted. They spared me. They kept me all the way to the end. It was a beautiful life that came full circle.

You must have brought in breakfast to all the writers at the start of every season just to make sure you're character was going to be okay.

(Laughs) Yeah, I was bribing them! And cleaning their cars! I was running their errands and brownnosing. (Laughs) Nah, it was something that came from the heart. Remember, Sucre was always the one coming up with the comic relief. He was someone that people fell in love with.

Well, I read their going to make a video game version of the show. So, I guess that might be the only way your character will die.

(Laughs) Yeah, but the good thing about that is you can turn the game on and off and start all over again.