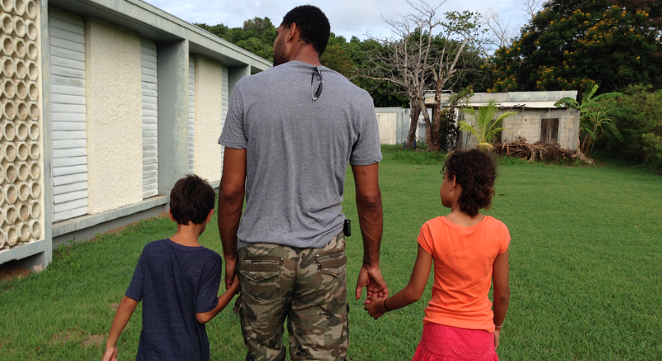 While San Antonio loves to claim Tim Duncan as its own, the retired Spur first belonged to another city - St. Croix. The city in the U.S. Virgin Islands was damaged following the destruction of Hurricane Irma, and Duncan is making sure the islands are not forgotten.

In a heartfelt letter posted to The Players' Tribune, Duncan said he will donate $250,000 to go toward the islands' relief as well as match donations up to the first $1 million.

"I’ve lived through a hurricane before. I’ve seen its destruction," Duncan wrote. "I’ve seen why getting help — immediate and sustained help — is so vital.

More than $2.2 million has already been raised, and donations continue to come in to go toward the $5 million goal.

"I promise I wouldn’t be asking if it didn’t matter so much," Duncan wrote. "The U.S. Virgin Islands — the place where I was born and where I grew up — has been badly damaged by Hurricane Irma. The people there, many of whom are old friends of mine, are suffering."

You can make a donation to benefit the U.S. Virgin Islands though Duncan's relief fund here.