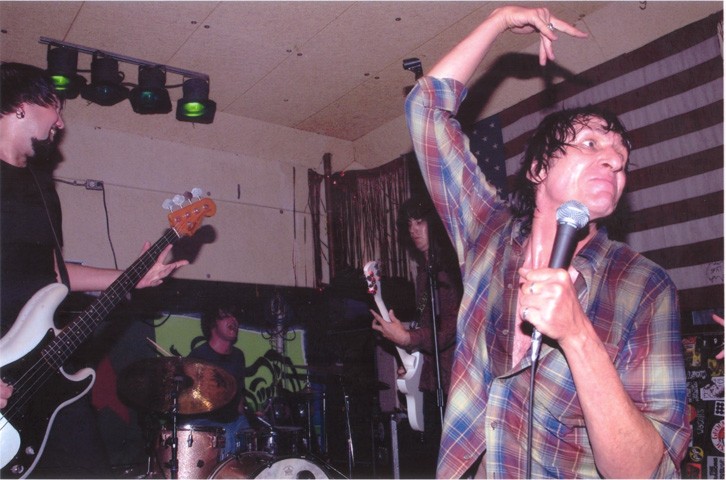 Sons of Hercules take the stage at 11:40 pm. Along with Jerry Clayworth, the Hickoids’ Jeff Smith has organized the previous five editions of the Ram Jam, which honors the legendary Taco Land owner gunned down in 2005. Smith played at the venue for the first time in 1982, and his Hickoids were one of the first local bands embraced by Ayala when few others wanted to have anything to do with young punks. April 9 is the sixth edition of the annual event, and the Current asked Smith a few questions about the concert, which will be held at Backstage Live for the first time (previous editions took place at Sam’s Burger Joint, the Limelight and Nightrocker Live). The two-stage event will be emceed by Ty Gavin and there will be a San Anto Art Exhibit by L.A. Cósmico (a.k.a. L.A. David). Austin’s Old School BBQ & Grill BBQ Bus will be on location, and all the proceeds go to benefit the Dee Dee (Diana) Williams medical fund. Scroll down for the full schedule, and come early. What's the story of the event? Basically, the event is intended to be a tribute to Ram and Taco Land, which was one of the first venues the Hickoids played back in 1984. I started playing there in 1982 and continued booking shows and playing there up until Ram's death. I was putting up posters for a show in the bar the night before Ram was murdered. Describe a typical Ram Jam and what’s new this year. The typical Ram Jam features a  lot of the mainstay talent and patrons that littered the place over its long run. This year is a little different. We've decided to scale back to one night, given the advanced age of a lot of the patrons and musicians who played there. It's difficult for most of them to attend for two nights, which kind of defeats the purpose of celebrating the sense of community that we felt and that evolved there. Piñata Protest will be playing this year. I believe this is the first time we will have a band on the bill without any members who actually played there. But, as a lot of the musicians who did play there age out, we'd like to see the event continue, for the dual purposes of commemorating Ram and perpetuating the vibe of Taco Land. Tell me more about the Dee Dee (Diana) Williams medical fund. Basically, the fund will be used for Dee Dee's care and general needs. During the ice storm this year, DD had a slip and fall accident that matriculated into a bad infection, emergency surgery and she is now suffering from partial paralysis. All the medical stuff is pretty convoluted, but it will suffice to say that she is in a bad way, and is expected to need a lengthy rehab. RAM JAM 2011 "You Gonna Tune, or Are You Gonna Play?!" Puro Pinche Party on the Taco Land Side of the Tracks $7, 21 & over 6pm Sat, April 9 Backstage Live 1305 E. Houston SCHEDULE: 7:00 pm The Far Crys (outside) 7:40 pm Puppy Jet (inside) 8:20 pm Chelsea Hotel (outside) 9:00 pm Pinata Protest (inside) 9:40 pm Suzy & The Soul Revue (outside)